NSC reviews Action Plan to fulfill obligations made to FATF 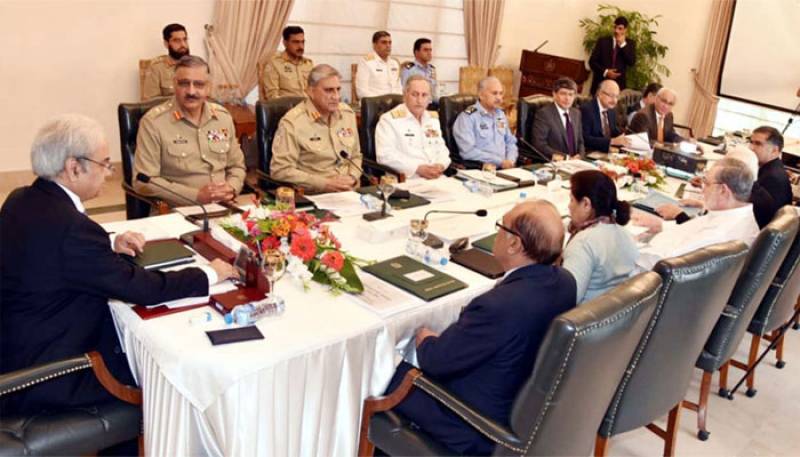 ISLAMABAD: The National Security Committee (NSC) at Prime Minister’s House reiterated on Friday firm commitment to fulfill obligations made to the Financial Action Task Force (FATF) under the Action Plan, regarding measures to combat money-laundering and terror financing.

The 26th meeting of the NSC chaired by Prime Minister Justice (r) Nasirul Mulk discussed the details of the Action Plan and the way forward.

WASHINGTON - Pakistan was officially put on a terror-financing watchlist, maintained by the Financial Action Task Force ...

The Committee appreciated the efforts of the Finance Minister and her team at the forum. The meeting also reviewed the overall economic situation in the country.

ISLAMABAD - The Foreign Office on Thursday said Pakistan could be removed from the ‘grey list’ of Financial Action ...