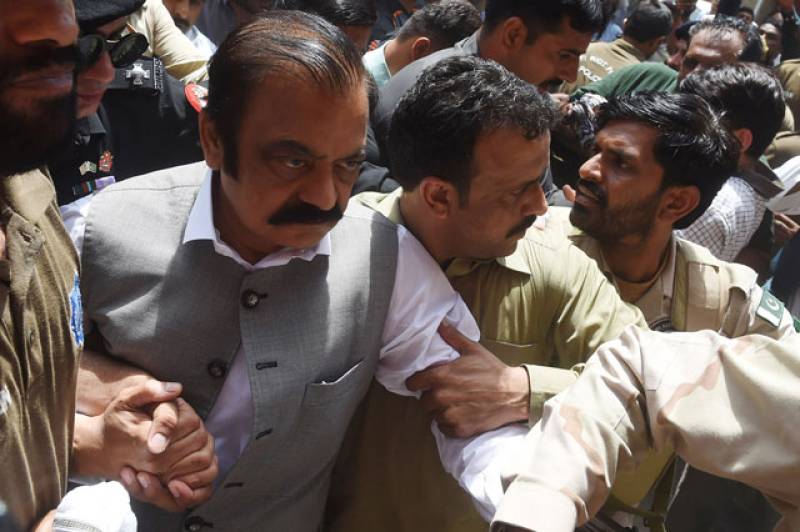 Special Court for the Control of Narcotics Substances Judge Shakir Hasan conducted the proceedings of case.

A lawyer on the behalf of Rana Sanaullah filed the exemption application and pleaded with the court to grant one-time exemption from personal appearance to the PML-N leader for attending National Assembly session.

At this, the court allowed the application and granted one-time exemption to Rana Sanaullah. The court summoned counsel for arguments on July 11, while adjourning the hearing.

On July 1, 2019, the ANF officials arrested Rana Sanaullah, who served as the Punjab law minister during the former PML-N government, from Islamabad-Lahore Motorway near Sukheki, while he was traveling from Faisalabad to Lahore.

The ANF had registered an FIR against the PML-N leader under 9-C, 15 and 17 of the Control of Narcotic Substances Act. It was alleged that the ANF recovered 15-kilogram heroin and other drugs from Rana Sanaullah's car, whereas the operation was conducted on a tip-off.

The Lahore High Court had granted bail to Rana Sanaullah in the case.