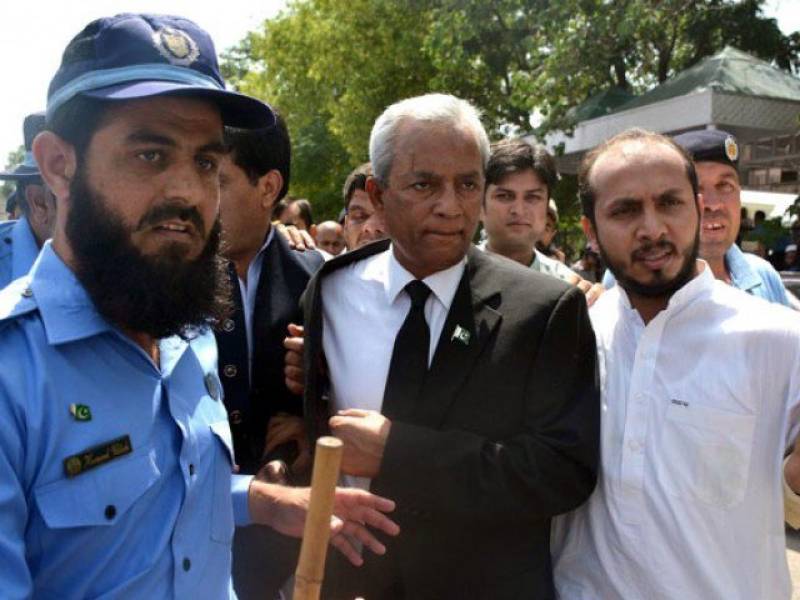 The directives were issued as a chief justice-led three-member bench took up Hashmi's intra-court appeal against his disqualification as a senator last month on contempt charges.

Hashmi, a firebrand leader of embattled PML-N was jailed for a month and disqualified for five years by the apex court in February, over his contemptuous remarks made in May, last year.

The judges also watched Nehal Hashmi's  speech in which he had used abusive language against the judges, after his release from the jail.

During the hearing, the chief justice remarked that the court has "taken a position on the matter, come what may".

ISLAMABAD - Nehal Hashmi, the former senator of ruling Pakistan Muslim League Nawaz asserted on Wednesday that he was ...

The chief justice observed during the hearing that Hashmi's punishment term could also be extended over his controversial remarks following his release from jail.

Nehal Hashmi, in his speech, had expressed that he was victimized, referring to the decision handed down by the supreme court.

“This is the height of oppression, this is the state of this country,” said Hashmi who was showered with rose petals upon his release.

Expressing his allegiance with the former Premier Nawaz Sharif, Hashmi declared that only the Almighty Allah could bar him from working under the leadership of Nawaz Sharif.

“Conspirers! you are not the handlers of my life and livelihood,” noted the former legislator.