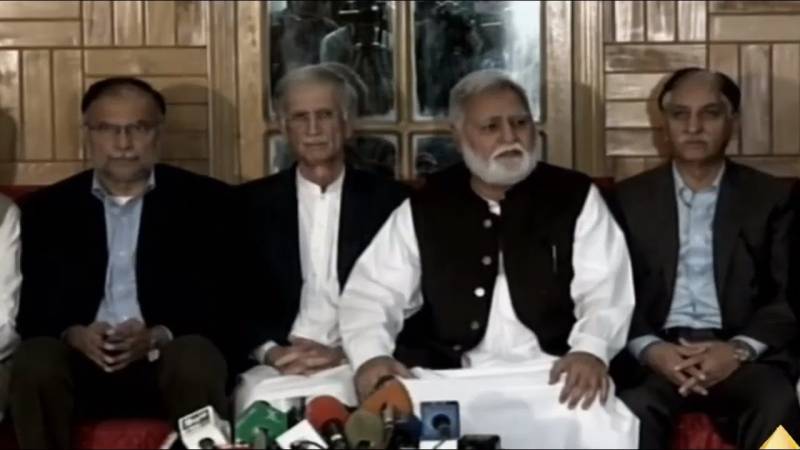 ISLAMABAD - The government and opposition's negotiating teams will continue the dialogue in Islamabad today (Wednesday) to break the deadlock over Jamiat Ulema-e-Isalm Fazl’s (JUI-F) ‘Azadi March’.

Addressing a news conference along with the head of Rahbar Committee of the opposition Akram Durrani in Islamabad, head of government's negotiating team and Defense Minister Pervez Khattak said that the process of negotiations continues to find a way out of the current impasse.

He said the rounds of talks have been held in a cordial and pleasant environment.

He said both sides have their own positions and are working to find common ground.

Earlier on Tuesday, the government's negotiation team and opposition's Rahbar Committee failed to break the deadlock in the second round of talks amid ongoing anti-government protest demanding the resignation of Prime Minister Imran Khan.

Defence Minister Pervez Khattak, the chief negotiator of the government, talking to media after the meeting said that both parties were not ready to budge an inch from their positions.

Rahbar Committee Convener Akram Durrani informed the media, "We told the government committee about our demands for the premier's resignation and fresh elections".

Khattak said, "We have agreed to several demands made by the opposition," adding that negotiations on rest of them will continue after consultation with party leadership.