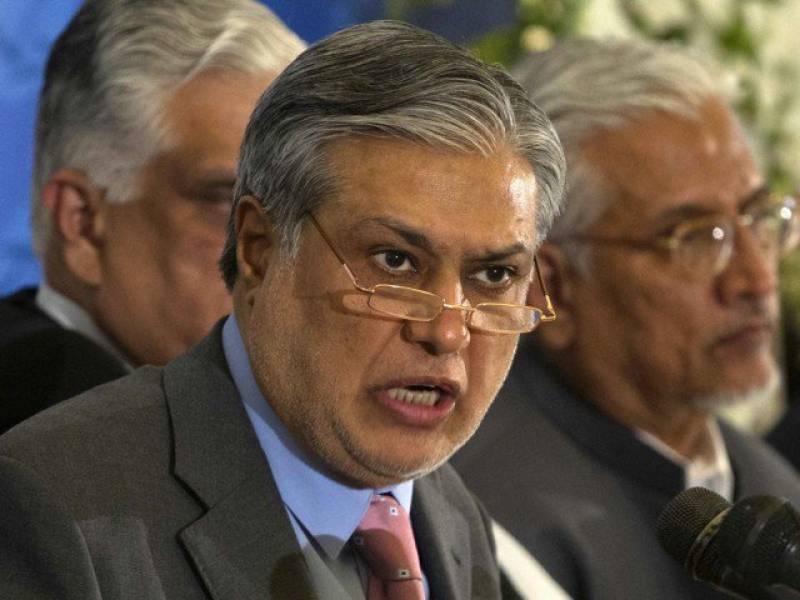 Pakistan sold the bonds at 5.5 percent which is the lowest in the history of Pakistan as we never used to sell the bonds below 6 percent level, he said.

“We set an indicative price of 5.75 percent for the selling of the Sukuk bonds, we faced several questions about the stiff condition at the LoC, but the response was overwhelming which showed that confidence of the foreign investors over the Pakistan economy”, Dar explained.

He said encouraging thing for Pakistan has been the recent acknowledgement from the Asian Development Bank, World Bank and IMF and above all Harvard University, opining that the economy of Pakistan is set to grow by on average above 5 percent per annum in coming years.

Ishaq Dar expressed hope that the country’s economy would grow by over 5 percent in the current fiscal year, while the reserves are at satisfactory level.

The lawmaker gainsaid the claim of a news website that Pakistan has to return the amount of $1.5 billion to Saudi Arabia.

“We don’t want to return any amount to our brotherly country. Pakistan Telecommunication Authority should block these kinds of websites for spreading false news,” he said.

Pakistan had raised $1 billion in Sukuk market in 2014.