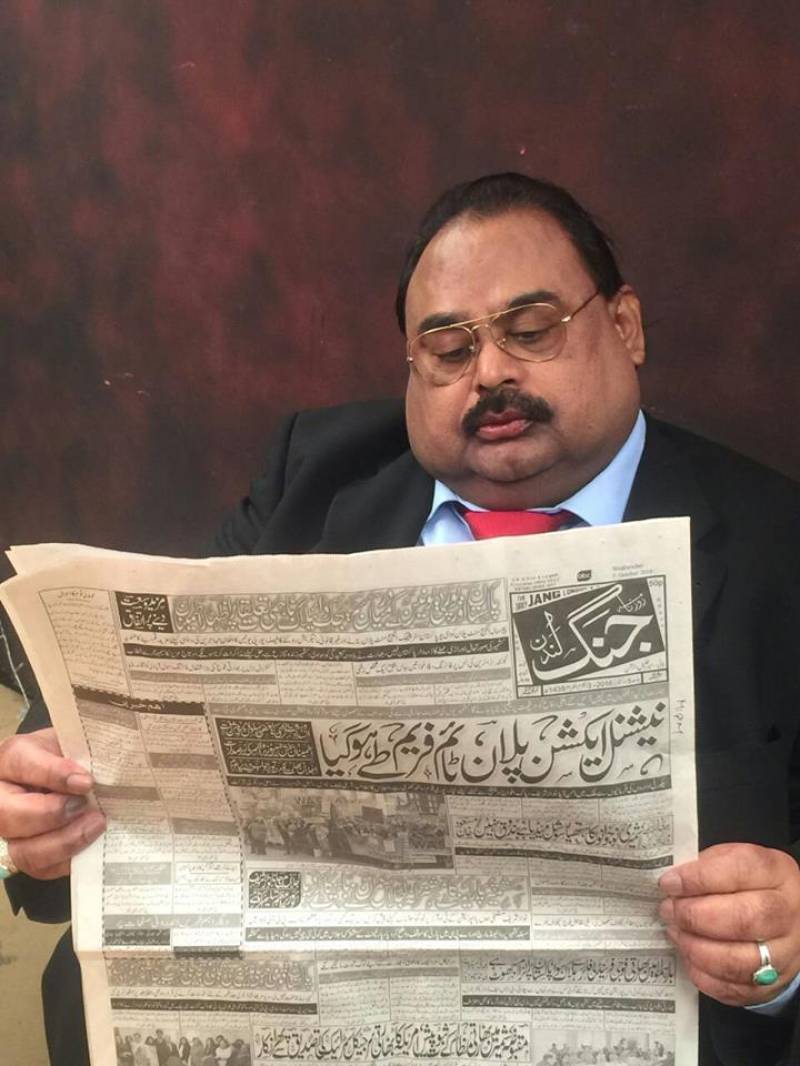 Speculations were looming over the health of Altaf Hussain and a couple of political analysts had hinted at the death of MQM chairman owing to his deteriorating health, a few months ago. 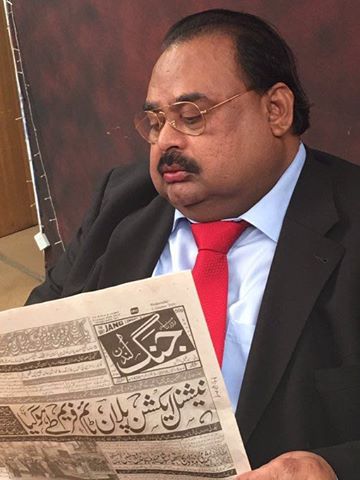 Clearing the air, MQM has released fresh photos of its head through a page "MQm Television" who can be seen reading newspaper dated October 5, 2016.

With the release of fresh pictures it was evidently clear that the 63-year-old politician was very much alive and healthy and was keenly interested in Pakistani politics as he was captured reading Pakistan's leading daily.

It is worth mentioning that the Lahore High Court had barred media outlets from airing any speech of the self-exiled politician.

The MQM head came under a flak after his anti-Pakistan diatribe on August 22 raised eyebrows of law enforcement agencies.

Following the tirade, MQM split into two factions with Dr.Farooq Sattar taking command of MQM Pakistan chapter although a tug of war is still on between London and Pakistan faction of the party.