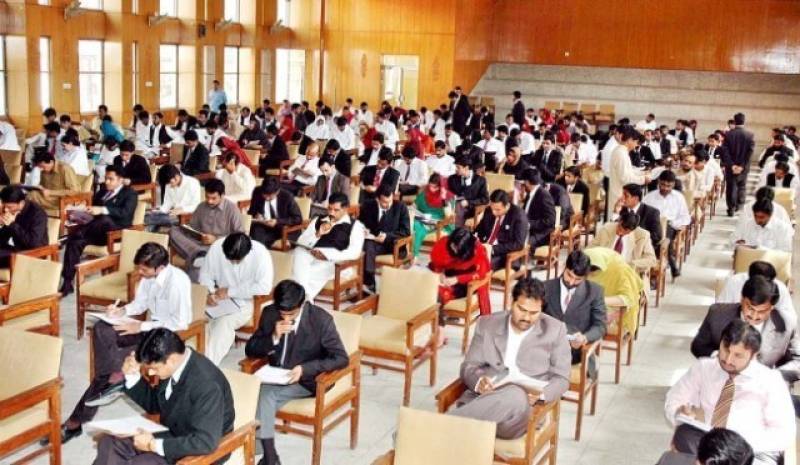 LAHORE (Web Desk) - The recently announced result of the Central Superior Services of Pakistan (CSS) gives a clue of the overall deteriorating standard of education in the country, as 98% of the candidates failed to pass written test.

Every year, thousands of graduates try their luck in the crème de la crème exam of Pakistan to grab a respectable post in the bureaucratic system of Pakistan and it has been a historical fact that over 90% of the aspirants face debacle in their bid to become bureaucrat.

However, the results of the CSS exam 2016 stunned the educationists and observers owing to the fact that a mere 2% of the candidates passed the written exam.

The overall percentage comes out to be a staggering 2.09% despite tall claims of government of taking steps to improve the quality of education in the country.

Whilst educationists are chiding the educational sector of Pakistan for the dismal results of Pakistan's top tier exam, another viewpoint citing the results suggests that the Federal Public Service Commission gives go ahead to scant number of candidates intentionally due to limited number of vacant seats available in the bureaucratic web.

Moreover, graduates opine that the latest manipulations in the CSS exam that include strict subject selection criteria made it difficult for aspirants to get through.

Below is the percentage of candidates who qualified written exam of CSS in subsequent years.