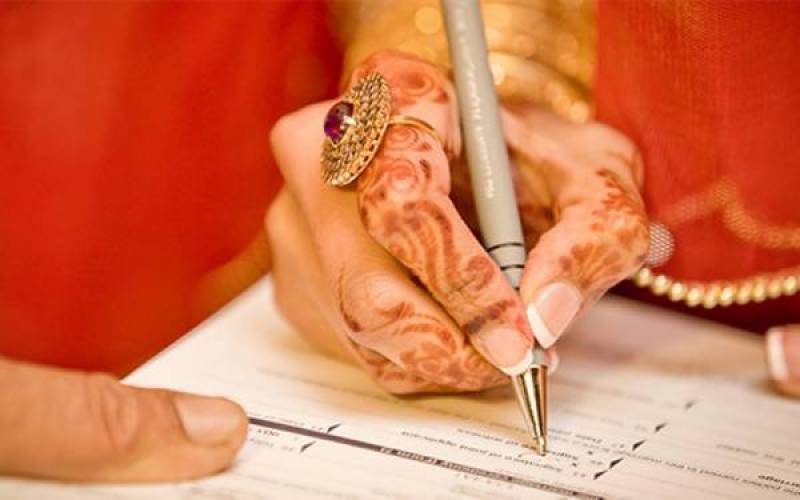 DERA GHAZI KHAN - A 65-year-old man was beaten in the court after he refused to divorce a woman he married for the purpose of 'Halala' nikkah.

According to media reports, Samia Bibi and Siddique, having three children, decided to divorce after a dispute. After five months the ex-husband and wife resolved the dispute but, according to Shariah rules, it was decided that the woman would need to marry another man before they could remarry.

Siddique asked his close friend Aslam to marry his former wife. Aslam, after Halala, was recording his statement along with Samia Bibi in Magistrate's office in Tonsa when he was beaten by Samia's ex-husband and his companions.

The police have started investigating the matter.

The father of Samia Bibi said that they would not accept this marriage as they have betrayed us while the woman stated that she married Aslam just for Halala.

It involves a female divorcee marrying someone else, consummating the marriage and then getting a divorce in order to make it permissible for her to remarry her previous husband.