Man killed, two injured due to aftershocks in quake-hit Mirpur 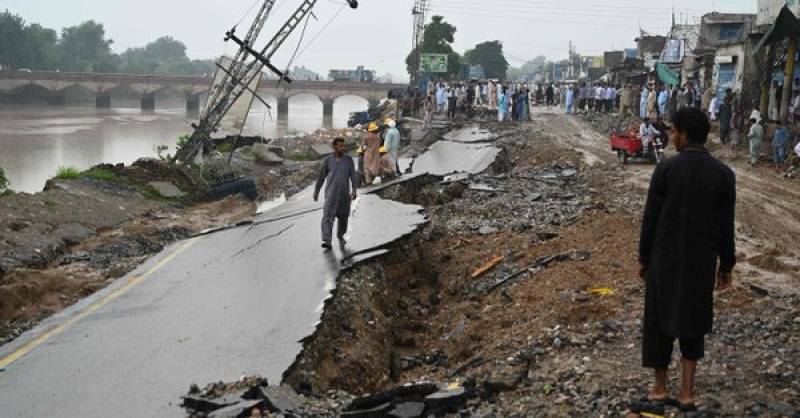 MIRPUR – The aftershocks of high intensity in the earthquake-hit Mirpur city of Azad Jammu and Kashmir on Sunday claimed a human life besides injuring of two others, authorities confirmed.

The Ill-fated Nasaarat, son of Muhammad Rasheed, resident of Charhoi town of Kotli district was killed and two others including Muhammad Usman and an unidentified persons sustained injuries after roof of a poultry farm caved in as a result of the aftershock/earthquake of mild intensity jolted adjoining town of Jarri Kass in outskirt of Mirpur AJK at about 10.28 am on Sunday, Assistant Commissioner Mirpur Sub Division Yasir Riaz told APP on Sunday.

The above three injured persons were immediately rushed to Mirpur Divisional Headquarter Hospital where 35-year old Nasaarat succumbed to his serious injuries, the AC said quoting the medical report of the DHQ Hospital.

Rest of two injured persons were discharged from the hospital after due Medicare, he added.

The devastating September 24 earthquake-stricken Mirpur is facing frequent aftershocks almost daily since the major catastrophe and successive severe tremors on September 26 left at least 39 people dead and over 800 injured besides huge damaging of the buildings in Mirpur city and adjoining areas of Jatlaan leaving hundreds of thousands of the people shelter less badly affecting the daily life.

Severe panic gripped the entire local population Sunday again after the city and adjoining areas were shaken by the tremors of a couple of seconds.

At the same time, authorities are fully alert and vigilant to deal with any identical eventuality in the area.