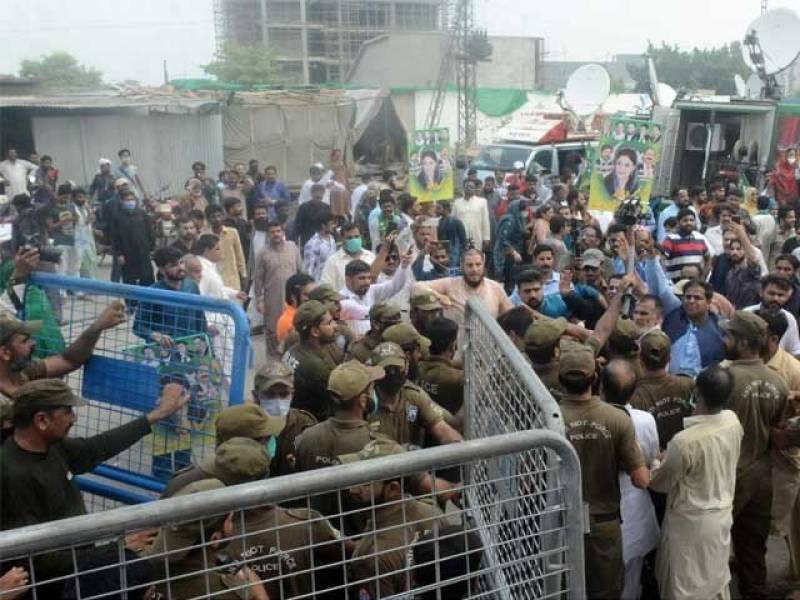 A counsel on behalf of Capt (r) Safdar submitted an application for a one-time exemption from personal appearance on medical grounds.

At this, the court allowed the application and granted exemption from personal appearance to Capt (R) Safdar and extended interim bails of all accused till October 12 while adjourning further hearing.

The Chung police had registered a case against PML-N leadership, including Maryam Nawaz, and party workers under section 147, 149, 290, 291, 440 , 109, 353 and 186 of Criminal Procedure Code and ATA sections over clash with the police on August 11 at NAB office during appearance of Maryam Nawaz before investigation team in connection with illegal transfer of 180 acres land in Raiwind .

The PML-N workers pelted stones at police officials and tried to break the barriers outside the NAB office as Maryam Nawaz reached NAB office. However, police resorted to baton charge to disperse the violent crowd and arrested several protesters.