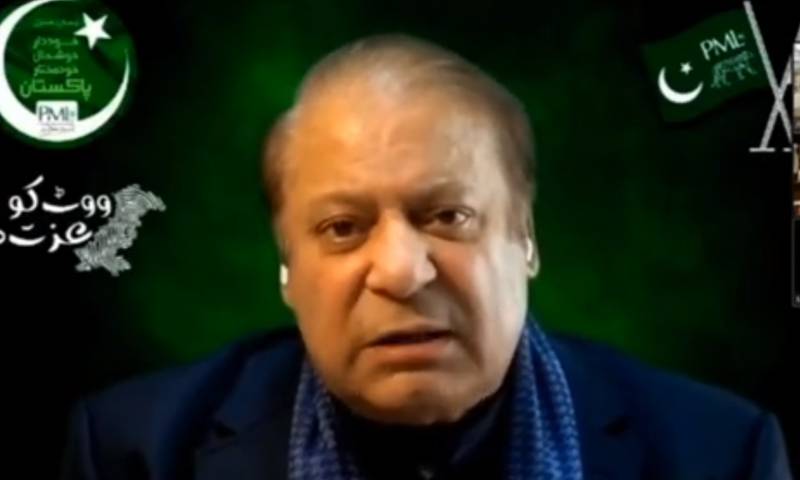 ISLAMABAD - A survey conducted by Gallup Pakistan shows 33 percent respondents are agreed with the “general point of view” of former prime minister Nawaz Sharif in his fiery speech to the all parties conference.

"A larger 39% said they disagreed and 24% said they neither agreed or disagreed," read a statement by Gallup Pakistan.

" It appears, public opinion is split on the issue with only 1 in 3 siding with Nawaz Sharif hard stance during the speech."

A majority 47% expressed consent over the former prime minister's allegations against Khan.

‘Can’t live as a slave in Pakistan,’ Nawaz Sharif says in latest address to PML-N

"Here again however, public opinion was split with 41% disagreeing with this claim and another 12% choosing to sit on the fence with respect to this debate," said Gallup Pakistan.

"It is interesting to see that PTI retains its edge among youngsters who were less likely to agree that Imran Khan has destroyed economy."

More than 75% people of Pakistan want Nawaz Sharif to return to Pakistan and face the courts.

“Only 15% agreed that he should stay out of Pakistan."