‘Can’t live as a slave in Pakistan,’ Nawaz Sharif says in latest address to PML-N 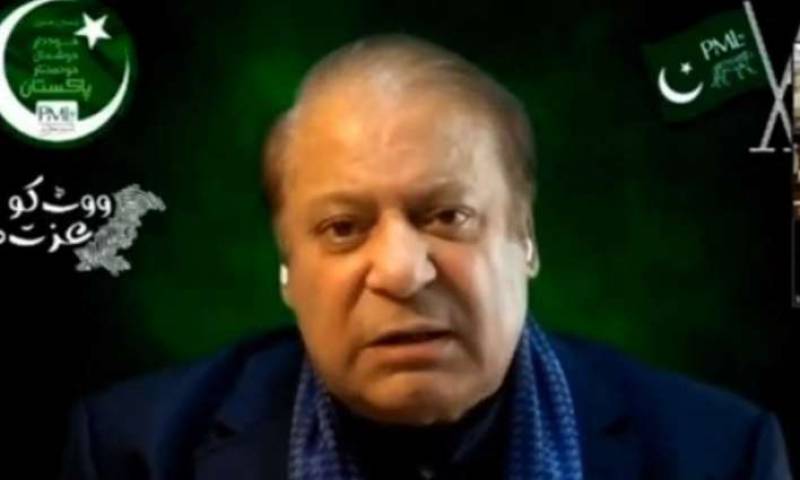 LAHORE – Pakistan Muslim League-N supremo Nawaz Sharif has said he could not spend his life as slave in his own country and would love to live there "pure as a Pakistani."

Nawaz also told his party leaders that they should not be ashamed of what they were going to do today.

He also expressed serious concerns over rising inflation and poor system of governance.

Nawaz Sharif said that they could not accept the results of the last general election and could not be silent that it was “merely luck” when it was clear that RTS system got failed.

Commenting on the arrest of his brother in a corruption case, the 72-year-old politician said he was "sad over arrest of Shehbaz Sharif,” adding that it was totally unprecedented what was happening to their children.