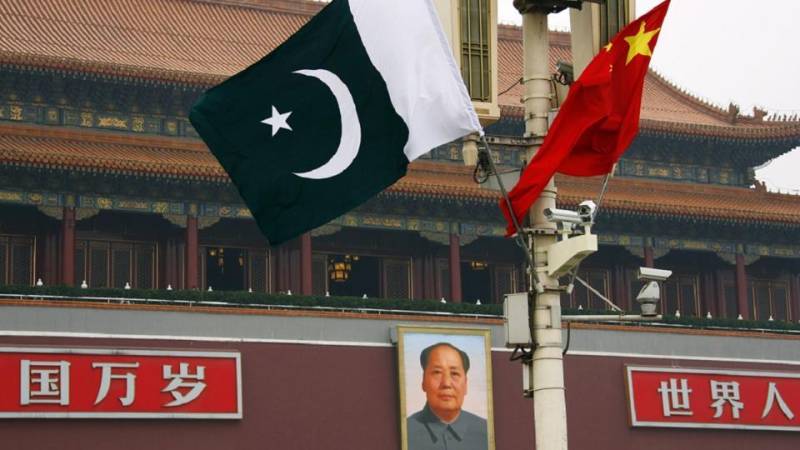 BEIJING - China said on Wednesday it has invited Pakistan’s Foreign Minister for talks, in an apparent move to assuage Islamabad’s concerns after the BRICS countries for the first time named terrorist groups like LeT and JeM in the grouping’s declaration.

“China and Pakistan are all weather strategic partners. The two sides have seen their relationship growing with a sound momentum, frequent high level exchanges and fruitful outcomes of political cooperation,” he said.

Asif was supposed to travel to China, Russia, Turkey and Iran this week to drum up support for Islamabad after US President Donald Trump warned Pakistan of consequences if it continues to support terror groups.

Asif’s visit will be “another important event between the two sides which will further the cooperation consensus reached between the two leaders, deepen political cooperation centered on the China Pakistan Economic corridor (CPEC) and promote coordination and communication on international and regional affairs,” he said.

“Two sides will exchange views on bilateral relations and international and regional issues of mutual interest,” he said without mentioning the concerns in Pakistan over BRICS, (Brazil Russia, India, China, South Africa) countries naming Lashkar-e-Taiba, Jaish-e-Muhammad and Haqqani networks in their declaration.

The declaration of BRICS, of which China is a prominent member, had expressed “concern” over the security situation in the region and the violence caused by the Taliban, ISIS, al- Qaeda and its affiliates including Eastern Turkistan Islamic Movement (ETIM) active in China’s Xinjiang and Islamic Movement of Uzbekistan, the Haqqani network, LeT, JeM, Tehrik-i-Taliban Pakistan (TTP) and Hizb ut-Tahrir.

At the just concluded ninth BRICS Summit in Xiamen the BRICS leaders also condemned terrorism in all its forms and manifestations wherever committed and by whomsoever. They stressed that there can be no justification whatsoever for any act of terrorism.

The naming of the JeM outfit in the declaration also sparked speculation whether China would continue to resist efforts by India to bring about a UN ban on its leader Masood Azhar.

China has blocked the resolutions tabled by India and later by the US, backed by the UK and France, in the UN by putting repeated technical holds.

Pakistan yesterday rejected the BRICS declaration, saying there was no “safe haven” for terrorists on its soil.

China’s endorsement of BRICS declaration, which is also seen as a significant diplomatic victory for India, was sharply criticised by a Chinese think-tank, saying that it would strain close relations between China and Pakistan.

“It is beyond my understanding how China agreed to this. I don’t think it is good idea,” Hu Shisheng, Director of the official China Institute of Contemporary International Relations told the international media.

“This will irritate Pakistan. I don’t think when the BRICS declaration is made, Pakistan is consulted. In the coming days Chinese diplomats have to explain to Pakistan. This is too costly to China. Pakistan will be very upset. After Trump denouncement of Pakistan, it is already feeling pressure. I feel little strange,” he said.

“China is also a victim of terrorism and is firmly against any kind of terrorism, and that’s the main reason that the organisations are named in the declaration,” Hu said.

Song Zhongping, an expert on international relations, said that terrorism could impact the BRICS mechanism.

“The organisations are already defined as terrorists by global society, and have threatened the security of the world and BRICS countries,” Song said.

“The BRICS nations have named the organisations as the first step, and the next steps are to share information and build a security mechanism,” Song added.

“In the future, sharing intelligence, building a drill mechanism and normalising these actions are the methods that the BRICS should refer to on counter-terrorism cooperation,” Hu said.