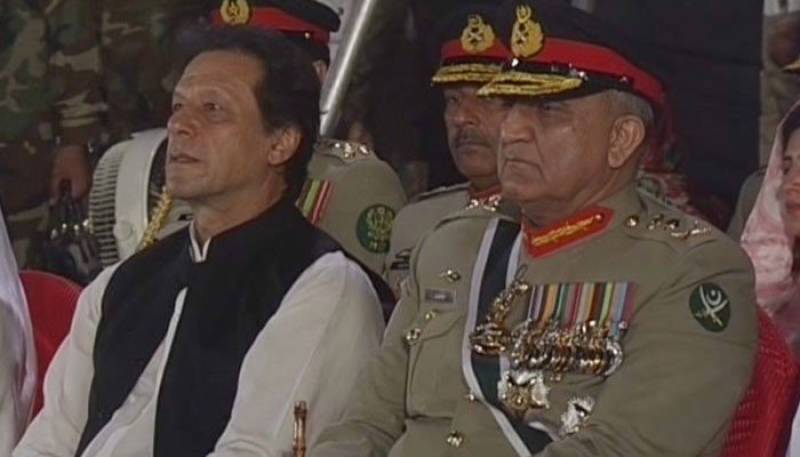 RAWALPINDI - The main ceremony with regard to Defence and Martyrs Day was held at General Headquarters (GHQ) Rawalpindi on Thursday, with Prime Minister Imran Khan, Chief of Army Staff General Qamar Javed Bajwa, senior civilian and military leaders, and other dignitaries in presence.

Families of martyrs, members of the federal cabinet, heads of political parties, lawmakers and celebrities were also among the attendees at the ceremony.

The Pakistani nation celebrated the day to pay tribute to its martyrs on the 53rd anniversary of the 1965 war.

On this day, 53 years ago, Indian forces had crossed the international border in the darkness of night to attack Pakistan, but the nation foiled the nefarious designs of the enemy.

'Sacrifices of valiant soldiers will not go unnoticed'

Army Chief General Qamar Javed Bajwa has said the armed forces will continue their efforts to take Pakistan a cradle of peace.

Addressing central ceremony organized in connection with Pakistan's Defence Day in Rawalpindi tonight, he said we strengthened our defence in conventional war, but now a wave of unconventional warfare like terrorism has changed the battlefield. 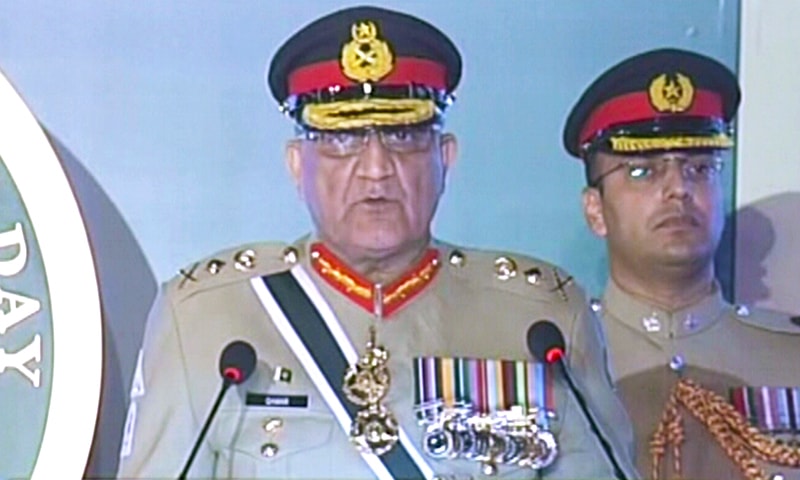 He said foes of Pakistan had imposed terrorism on us, but we very successfully and valiantly fought this menace. Our houses, schools, worship places and leaders were attacked in order to weaken us. He said over 70,000 Pakistanis were either martyred or injured in the war on terror, he added.

He thanked the people of Karachi, FATA, and Balochistan for their cooperation in fighting militancy.

Gen Bajwa said lively nations never forget their martyrs and our soldiers sacrificed their today for us and their blood will not go in vain. He, however, said the war is still continuing and we will have to ensure enduring peace, besides working for the development and progress of the country.

He said side our war against poverty, hunger should also continue.

General Bajwa said this day reminds us the sacrifices and courage of our soldiers in the war of 1965. Our soldiers jumped into the fire but did not compromise on the security of the country, he added,

The Army Chief said continuity of democracy is imperative for country's development and presence of leaders of various political parties in today's ceremony is a testimony that democracy has taken roots in Pakistan.

Remembering sacrifices of the people of Indian Occupied Kashmir, General Bajwa paid glowing tribute to their sacrifices in their struggle against the Indian oppression.

Strong rule of law needed to prosper as a nation, says PM Khan

Addressing the ceremony, PM Khan mentioned that Pakistan Army was the "only institution (in the country) that works on the basis of merit".

"We will bring this meritocracy to all fields in the country in order to help us prosper as a nation," the premier vowed. 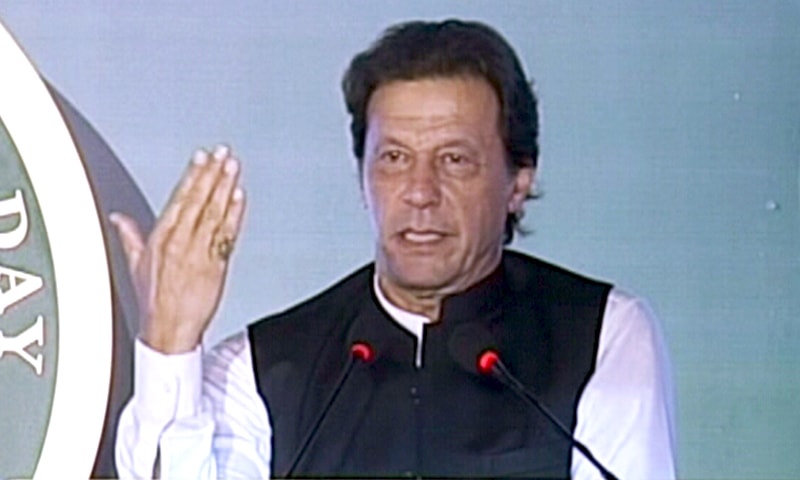 The prime minister also mentioned that all fields in the country including agriculture will prosper once we develop a strong rule of law in the country.

PM Khan took advantage of the occasion to clarify that there was no such thing as civil-military tension, "there is one common goal, that is to solve the problems of this nation".

Attended Defense and Martyrs Day ceremony at GHQ. Impressive and sleek media presentations and motivational songs. Civil and military leadership in sync like never before. 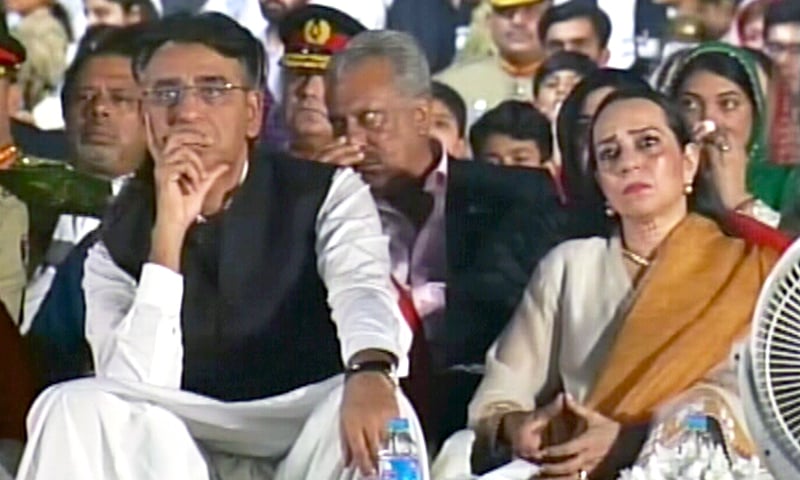 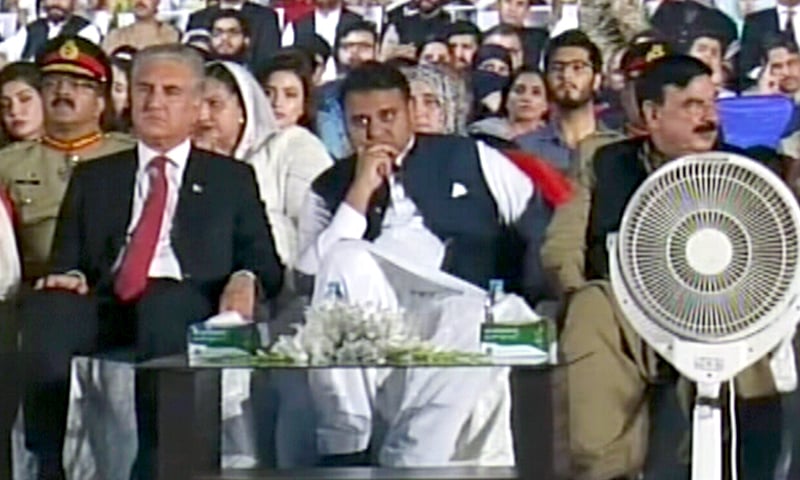 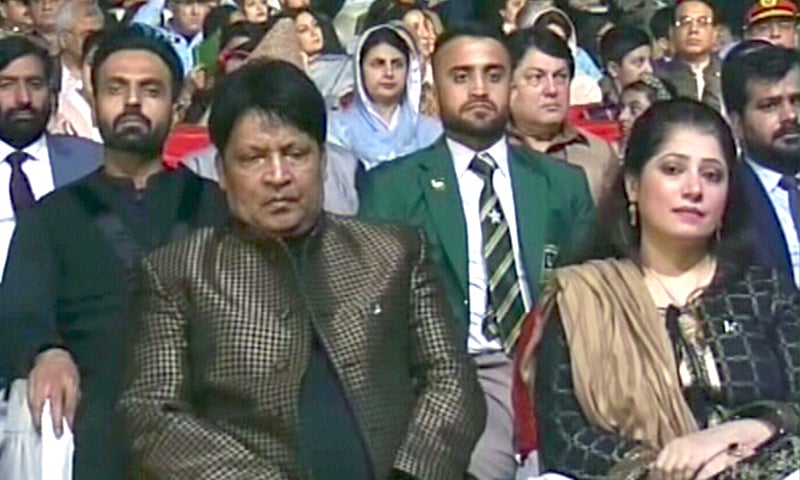 The chiefs of Navy and Air Force are also attending the ceremony along with several diplomats and ambassadors.

In addition, sports personalities including cricketers Shahid Afridi and Zaheer Abbas along with Olympian Shahbaz Senior and squash champion Jahangir Khan can also be seen among those attending.

The ceremony began with a recitation of the Holy Quran, followed by the national anthem.

Audience member moved by the video tributes shown to the audience.

A short film showing the families of martyred soldiers remembering their sons left members of the audience in tears.

A smartly outfitted group of soldiers put on an enthralling march performance to the tune of traditional songs played by the marching band of the armed forces.

Earlier today, Defence Day was commemorated with traditional fervour and solemnity across the country, beginning with special prayers for the progress and prosperity of Pakistan.