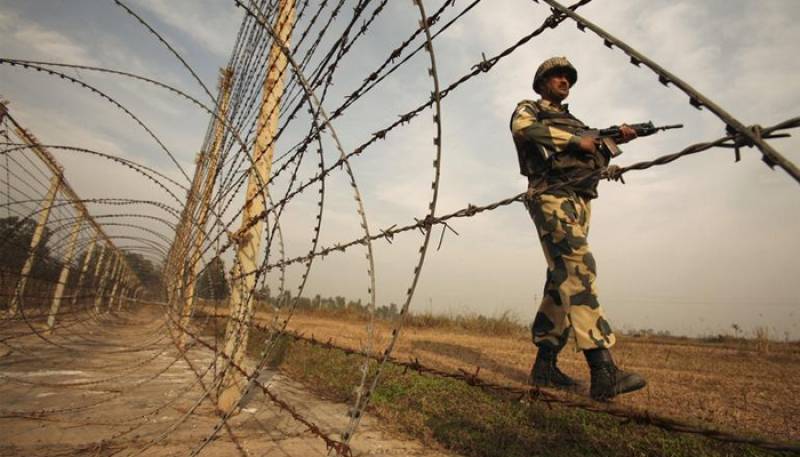 ISLAMABAD - A young Pakistani woman died and her two siblings and a cousin were left critically wounded after Indian troops fired a rocket launcher from across the Line of Control (LoC) towards a border village of Azad Jammu and Kashmir (AJK) on Saturday.

The attack took place when the victims were outdoors in Baig Wala Lanjot, a hamlet barely 150 metres away from the LoC in Nakyal sector of Kotli district, during the afternoon.

26-year old Rubaida Khayam, daughter of Sardar Khayam, died as a result of the attack. The victim's sisters Sufaida Khayam and Zubaiba, and cousin Sumaida Ismail were critically injured.

The injured had been moved to Kotli's District Headquarters (DHQ) Hospital.

“The deliberate targeting of civilian populated areas is indeed deplorable and contrary to human dignity, international human rights and humanitarian laws,” the spokesman said adding that ceasefire violations by India are a threat to regional peace and security and may lead to a strategic miscalculation.

He urged the Indian side to respect the 2003 ceasefire arrangement, investigate this and other incidents of ceasefire violations, instruct Indian forces to respect the ceasefire, in letter and spirit and maintain peace on the LoC and the international border.

ISLAMABAD - Three members of the United Nations Military Observers Mission for India and Pakistan (UNMOGIP) had a close ...

He also urged India to permit the UN Military Observer Group in India and Pakistan (UNMOGIP) to play its mandated role as per UN Security Council resolutions. India maintains that the UNMOGIP has outlived its utility and is irrelevant after the Shimla Agreement and the consequent establishment of the line of control.

On Friday evening, Shan Begum, 55, and Zara Khalid, 7, were injured in Keri village of Charhoi sector and Sana Babar, 11, was injured in Seri Manjwarr village of Khuiratta sector, also in Kotli district.

The heavily militarised LoC is frequently witnessing ceasefire violations in a serious breach of November 2003 truce agreement as well as a recent understanding between the two sides to respect the accord.

The latest LoC casualties occurred when massive anti-India protests have erupted on both sides of the LoC following the martyrdom of 17 Kashmiris in a single day in Shopian and Anantnag (Islamabad) districts of held Kashmir.

On Saturday, hundreds of people staged an “Azm-i-Shahadat’ (determination for martyrdom) rally in Muzaffarabad under the aegis of Hizbul Mujahideen, the largest and predominantly indigenous regroup fighting Indian occupation of Kashmir.

Participants of the rally were holding banners and placards inscribed with anti-India and pro-freedom slogans. “War with India will continue till freedom of occupied Kashmir,” read one of the placards.

On Friday, entire Pakistan and AJK had observed a ‘Solidarity Day’ with the struggling Kashmiris in accordance with a decision of the federal cabinet.