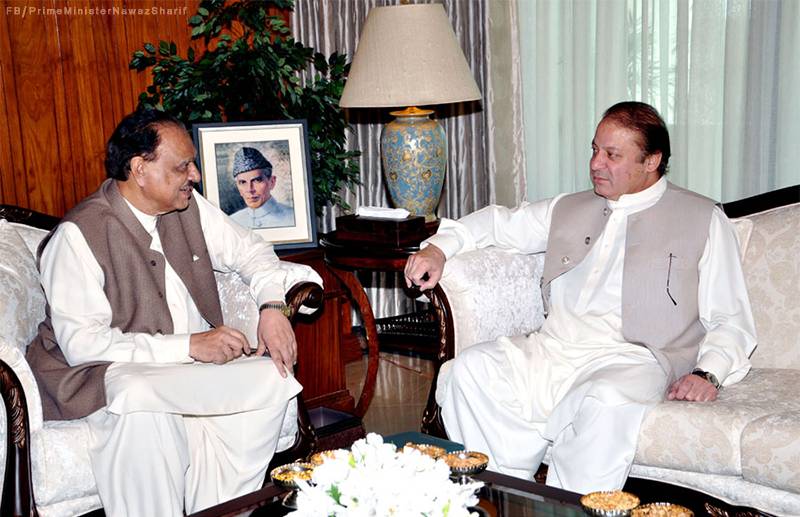 Both stakeholders, according to statement, rejected the uninvited criticism at armed forces of Pakistan and agreed that Karachi operation will continue till the logical end is achieved. They also noted that law and order situation has improved as a result of military operation in tribal areas, Zrab-e-Azb.

They also reviewed the functioning of military courts to try terrorists in the light of verdict given by supreme court of Pakistan and decided to quicken the process to execute hardcore militants after speedy trials.

The prime minister also took president into confidence at a proposal to appointment law officers in lower judiciary to speed up the judicial system. Mamnoon Hussain assured his unconditional support to the government in this regard.