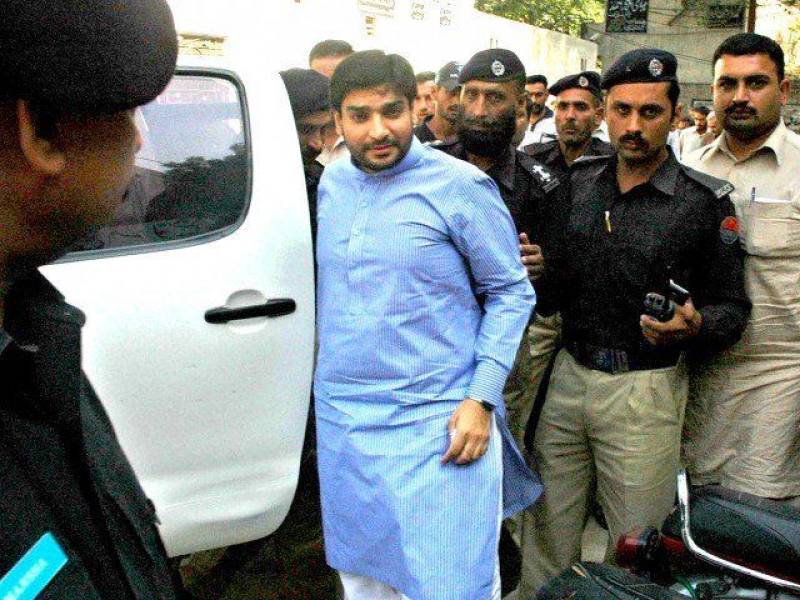 LAHORE - An accountability court has declared Imran Ali Yousaf, the son-in-law of Pakistan Muslim League-Nawaz (PML-N) president Shehbaz Sharif, a proclaimed offender after he failed to appear before the National Accountability Bureau (NAB) in a mega corruption case.

Accountability judge Najamul Hassan gave the decision on the request of NAB-Lahore, which states that Yousaf has fled abroad while escaping the investigation into Punjab Power Company scandal.

He has been accused of pocketing Rs12 million from Ikram Naveed, former CEO of Punjab Power Development Company (PPDC). The accused appeared before NAB in April but has since then left the country.

Last month, the anti-graft body requested interior ministry to write to Interpol to issue a red warrant for his arrest.

In a statement issued to Yousaf, NAB said, “In the inquiry against Ikram Naveed it has been revealed that you are in possession of evidence which relates to the commission of the said offences. You are also required to record your statement with respect to amounts transferred by Ikram Naveed to you.”

Reports in local media claim that Yousaf is also guilty of getting Naveed appointed as the CEO. In 2016, the Anti-Corruption Establishment declared Naveed guilty of embezzling Rs450 million.

Yesterday, a NAB meeting was held in Lahore to review investigations against 55 companies and the Punjab Power Development Company. DG NAB Lahore briefed Chairman Justice (r) Javed Iqbal about the mega corruption cases being investigated by the Bureau and cases referred to by the Supreme Court of Pakistan including 56 public sector companies working in Punjab.

The chairman was also briefed about the salaries and perks of chief executives of public and private sectors companies.

The chairman asked the investigators to finalise the inquiries without taking any pressure.

The NAB has also summoned Shehbaz Sharif on August 20.