Uber lost $1.8B in 2Q as riders stayed home and ordered in 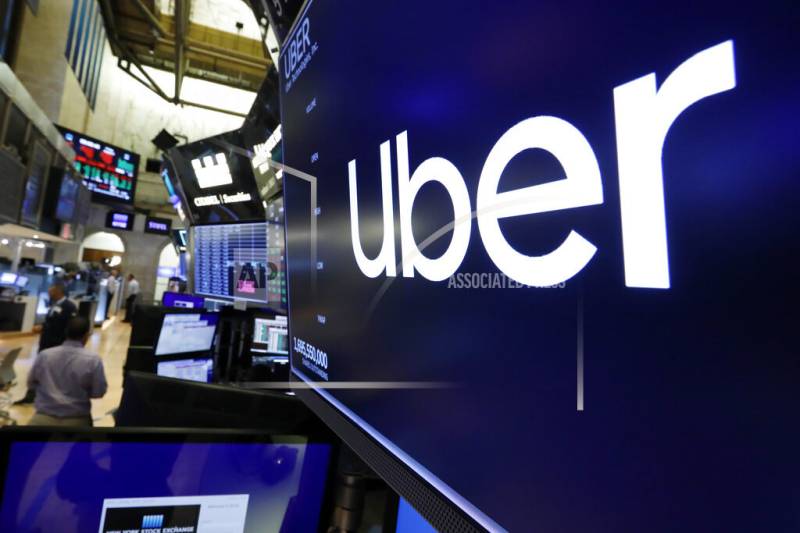 NEW YORK - Uber lost $1.78 billion in the second quarter as the pandemic carved a gaping hole in its ride-hailing business, with millions of people staying home to reduce the spread of the coronavirus.

It's pinning its hopes in part on its booming food-delivery business, but that bustling corner of the company didn't turn a profit.

The San Francisco-based ride-hailing giant brought in $2.24 billion in revenue during the second quarter, down 27% from the same time last year, on a constant currency basis, the company said Thursday.

Uber’s mobility business, which includes ride-hailing and micro-mobility options such as scooters and bikes, saw its revenue shrink to $790 million, down 67% from $2.38 billion a year ago.

“While we would have all hoped that by now we had a clear line of sight to the end of the pandemic, hope is not a strategy and it’s my job to ensure that Uber is well prepared for any scenario,” CEO Dara Khosrowshahi said in a conference call with investors Thursday.

Uber's Eats delivery business — once just a fraction of the company — brought in $1.21 billion in revenue during the quarter. That was up 103% from $595 million in last year's second quarter.

As some people stay closer to home, more people are ordering from Uber Eats than ever before, Khosrowshahi said.

“The COVID crisis has moved delivery from a luxury to a utility,” he added.

Gross bookings for Uber’s mobility business plummeted 73% from the same quarter last year. Its delivery business grew 113% on a constant currency basis but did not turn a profit, instead of losing about $232 million during the quarter.

“The businesses that are interfacing with the public are bleeding out, and it’s a concerning time for investors that are involved,” said Eric Schiffer, CEO of the Patriarch Organization private equity firm. “You’ve got to innovate. You’ve got to do what Uber is trying to do, which is to look for other paths.”

Uber's quarterly losses included $382 million in restructuring and related charges as the company laid off 6,700 people — a quarter of its workforce — in May. Uber said at the time that it would be closing or consolidating 45 offices worldwide.

Uber revenue fell in the U.S. and in across the world except in the Asia-Pacific region.

“The biggest enemy to Uber is rationality,” Schiffer said, referring to people who don’t want to ride in a shared vehicle during a pandemic. “They’re rational and they have empathy and compassion. They don’t want to become super-spreaders. They also have loved ones as well as a responsibility to the community.”

Uber said it still expects to become profitable — when adjusted for interest, taxes, depreciation and amortization — sometime in 2021. But with its core rides business so brutally hit by the pandemic, some are sceptical.

“I’m pessimistic. I wonder if they’ll ever really make a profit,” said Daniel Morgan, vice president at Synovus Trust Company. “They have no way of bringing their costs down ... they have to pay the drivers.”

And those costs could rise. In addition to struggling with reduced demand for rides during the pandemic, Uber has been hit with lawsuits challenging the way it treats its drivers. California's Labor Commissioner Lilia Garcia-Brower filed complaints against Uber and Lyft Wednesday saying the companies committed wage theft by misclassifying employees as independent contractors. The suit seeks to recover civil penalties and unpaid overtime and minimum wage.

“This was important not only for the workers, but also for responsible employers who are undercut when companies do not pay their fair share on taxes, worker’s comp, and wages,” Garcia-Brower said in an interview. “During this time of the pandemic, it has highlighted the damage that misclassification does to our safety net.”