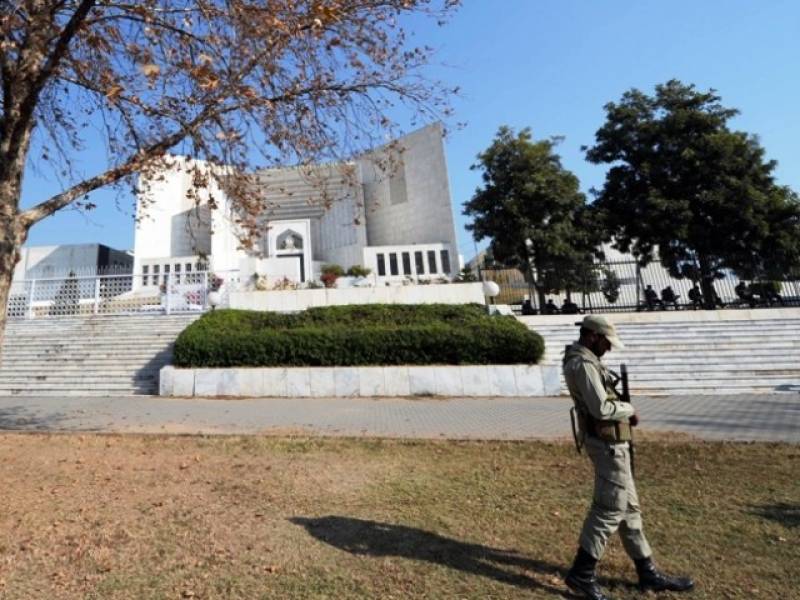 ISLAMABAD - Supreme Court has directed the accountability court on Friday to conclude the pending corruption reference filed against members of the Sharif family by December 24.

During the hearing of a case regarding an extension plea forwarded by accountability court judge Arshad Malik, the chief justice of Pakistan ordered that no further extension would be granted after December 24th.

The top judge addressed Khawaja Haris, the counsel for Nawaz Sharif that he should conclude the arguments by December 17th; this is the eighth extension granted to NAB court in this regard.

'Conclude the arguments and ease off the burden faced by you and the public,' the top judge said and added that enough is enough and not a single minute extension would be granted further.

Chief Justice Mian Saqib Nisar referred to Khawaja Haris and said the court would not allow him to boycott the proceedings now.

The Supreme Court had on October 12 granted the ‘final extension’ to the accountability court to conclude the remaining two corruption references against the Sharif family by the National Accountability Bureau (NAB).

The accountability court judge Muhammad Bashir had sentenced elder Sharif to ten years in the Avenfield reference. However, a two-member bench of the Islamabad High Court had suspended the conviction.