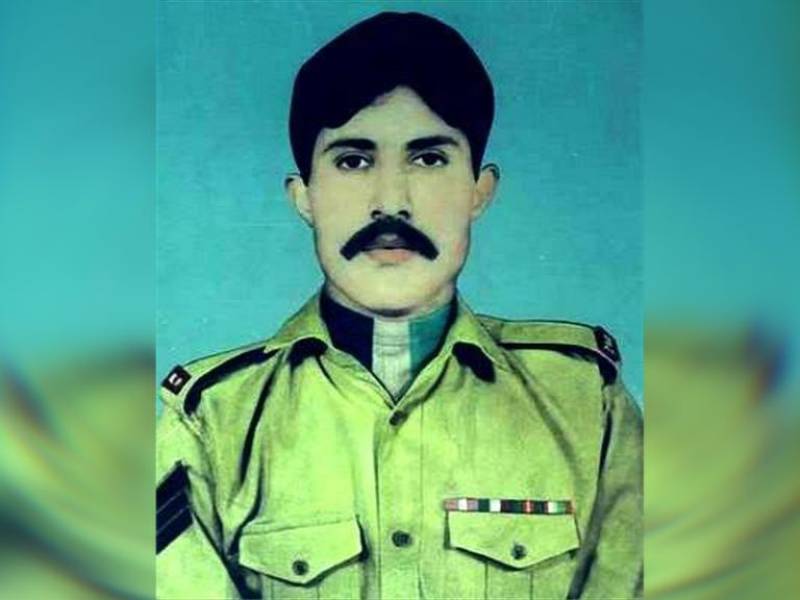 YASIN - The 18th martyrdom anniversary of Havaldar Lalik Jan Shaheed, Nishan-e- Haider was observed on Thursday. A ceremony in this regard was held at the Army Public School Hundur in Yasin.

He also laid a floral wreath at the tomb of the martyred officer.

Havaldar Lalak Jan was born on 1 Apr 1967. He was enlisted in the Army on 10 December 1984 and was serving in Northern Light Infantry Regiment when skirmishes broke out in Kargil in 1999.

Lalak Jan of the Northern Light Infantry Regiment fought from the forefront to thwart heavy Indian attacks. He volunteered to be deployed in front positions located at the jagged peak in May 1999.

Havaldar Lalak Jan repulsed many aggressive ventures by the enemy and imposed colossal losses on them. On 7 July 1999, he sustained serious injuries as enemies pounded the area with heavy mortar shells.

But despite being injured, he retained his position and frustrated the Indian assault.