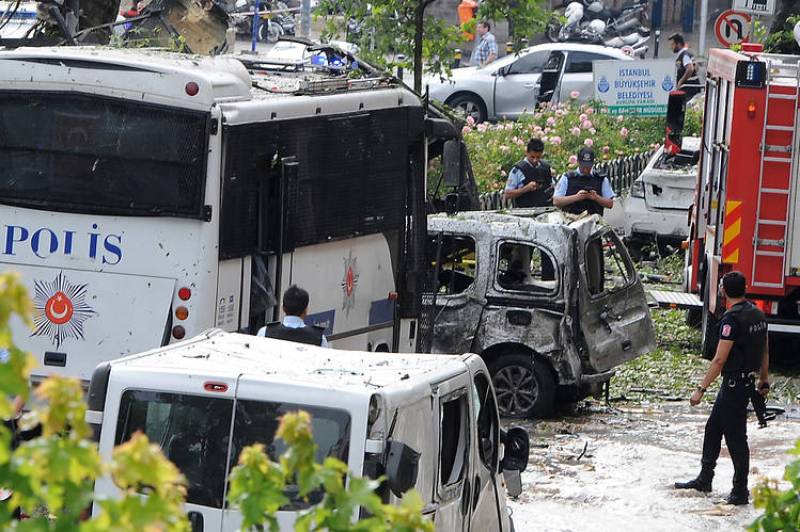 ISLAMABAD (Web Desk) - Pakistan on Tuesday strongly condemned a recent terrorist attack in Istanbul, Turkey, which resulted in a number of casualties and reiterated its condemnation of terrorism in all forms and manifestations.

“We have learned with deep anguish and sadness about the terrorist attack in Istanbul’s Beyazit district today. Reports indicate that 7 police officers and 4 civilians have lost their lives, while more than 30 people are injured,” said a statement by the Foreign Office.

The Government of Pakistan extended its heartfelt sympathies and condolences to the bereaved families and to the brotherly people and government of Turkey.

It also wished a speedy recovery for the injured.

“As always, Pakistan stands in strong solidarity with the fraternal people of Turkey and is sure in its belief that they will succeed in their resolute fight against terrorism and will defeat this scourge decisively,” it added.