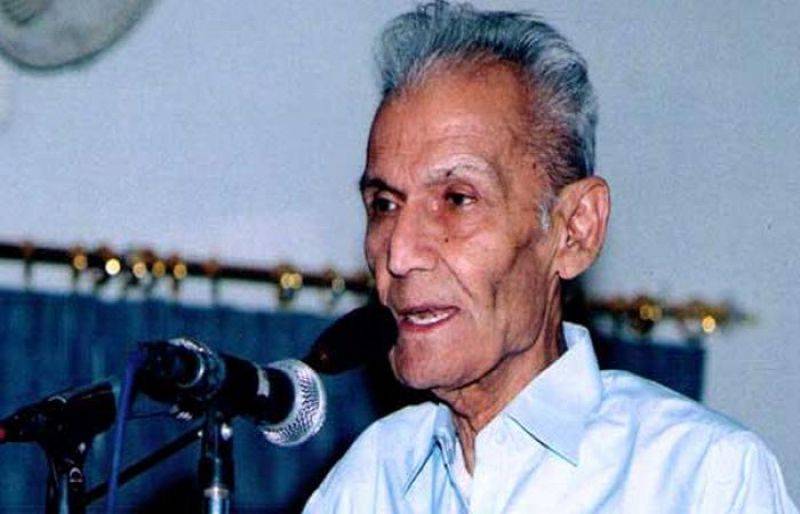 KARACHI - Veteran politician and founder of Awami Tehreek Rasool Bux Palijo died on Thursday morning at the age of 88 after a protracted illness in Karachi.

Palijo, who was also a renowned scholar and human rights lawyer, had been admitted to a private hospital for pneumonia in Clifton.

The deceased is the father of Sindh-based nationalist leader Ayaz Latif Palijo and uncle of Sassui Palijo, a politician and columnist.

His funeral prayers will be offered after Friday prayers and will be laid to rest in his ancestral area Mungar Khan Palijo near Jungshahi in Thatta.

Born on February 21, 1930, in the village of Mungar Khan Palijo, he was a writer and penned down 40 books, including 26 in Sindhi language.

He received his early education in the village while he graduated with a law degree from Sindh Madressatul Islam in Karachi.

He had command over not only Sindhi, but also Urdu, and English languages, and later became conversant in Hindi, Arabic, Balochi, Bengali, Siraiki, Punjabi and Persian.

He also actively worked towards the demolition of one-unit and was involved in various other political activities for restoration of democracy.

Rasool Bux Palijo also was known as Sindhi leftist leader founded his party in 1970. Earlier, he joined the National Awami Party in 1964 but parted ways over not highlighting the national issues.

Palijo, who authored 26 books in Sindhi language, spent almost 11 years of his life incarcerated in different jails of the country. During his imprisonment in Kot Lakhpat Jail, he penned down his diary, which was published in Sindhi language and was hugely admired.

Amnesty International declared him as “Prisoner of Conscience” in 1981.