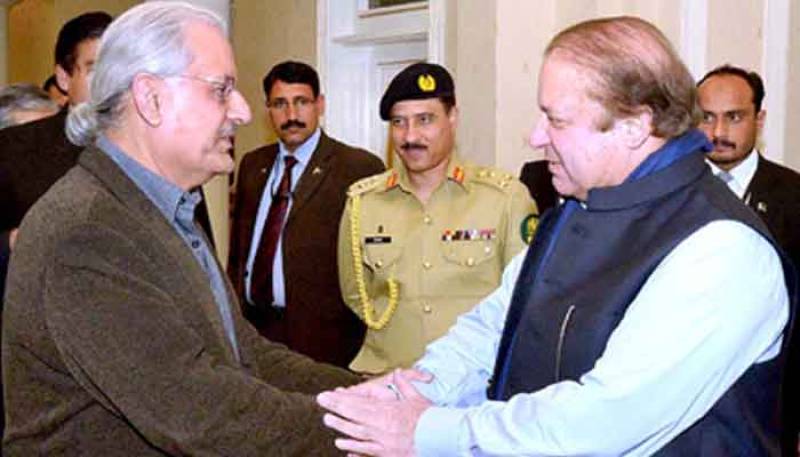 ISLAMABAD - Pakistan’s political parties have increased their efforts to have a candidate of their choice appointed as the Senate chairman, days after the election for the Parliament’s upper house.

The ruling Pakistan Muslim League-Nawaz (PML-N) and its allies on Wednesday decided to extend support to Pakistan People’s Party (PPP) if it nominates Raza Rabbani for the Senate chairmanship.

The decision to back Rabbani was taken during a PML-N meeting chaired by the party’s Quaid Nawaz Sharif. The meeting was also attended by Jamiat Ulema-e-Fazl (JUI-F) Chief Maulana Fazl-ur-Rehman and Hasil Khan Bizenjo among other leaders.

On the other hand, PPP co-chairman Asif Ali Zardari rejected the offer, saying: “Thank you, but I don’t want it.”

Zardari, after a meeting with Jamiat Ulema-i-Islam Fazl (JUI-F) chief Fazlur Rehman, told reporters: “I have discussed some names with Fazl, who will share our suggestions with his friends.”

Media reports suggest the PPP is likely to nominate Salim Mandwiwala or Sherry Rehman for the top slot, with Mandwiwala being the favourite.

Meanwhile, the PML-N has stepped up its efforts to win majority support in case the PPP co-chairman refuses the effort, which he eventually did.

The former PML-N chief has also asked allies to court the senators from the Federally Administrated Tribal Areas and Balochistan.

In the Senate polls on Saturday, PML-N-backed independent candidates emerged as the largest party in the upper house of parliament. The party bagged a total of 15 Senate seats across the country, according to unofficial and unverified results, taking its total strength in the 104-member Senate to 33.