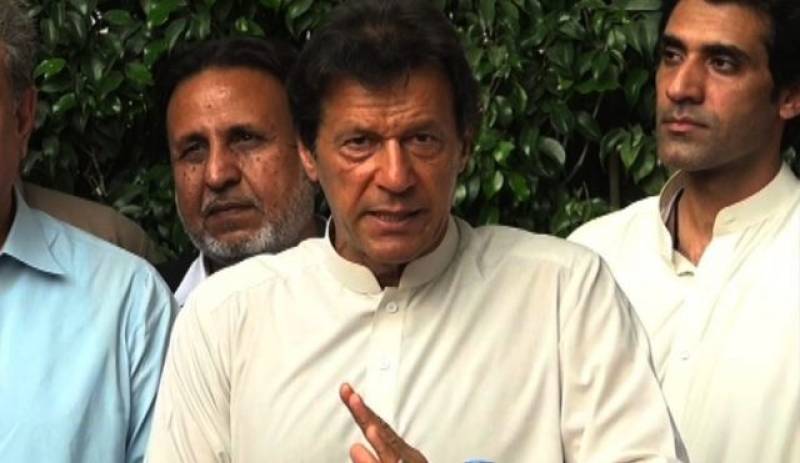 ISLAMABAD - Chairman of Pakistan Tehreek-e-Insaf Imran Khan has flayed the government alleging that it was intentionally delaying the Supreme Court proceedings to probe into Panama papers truce.

Talking to newsmen on Monday, Imran Khan expressed that the court wanted to wind up the case in a swift manner but the government was delaying the procedure.

He went on to say that PM Nawaz did not submit his response in court today as well.

The PTI supremo clarified that he did not hold any public office adding that PM Nawaz name appeared in Panama Leaks and so he should clarify his position. He said that he bought a flat in 1983 and never concealed it.

The law maker further detailed that the party would prove Maryam Nawaz as the dependent of premier contrary to the claims of ruling family.

The PTI chairman hinted at the possibility of a decision regarding Panama papers truce by the Supreme Court instead of a judicial commission.

Imran Khan also conveyed that the party would not influence the Judicial proceedings in any way.