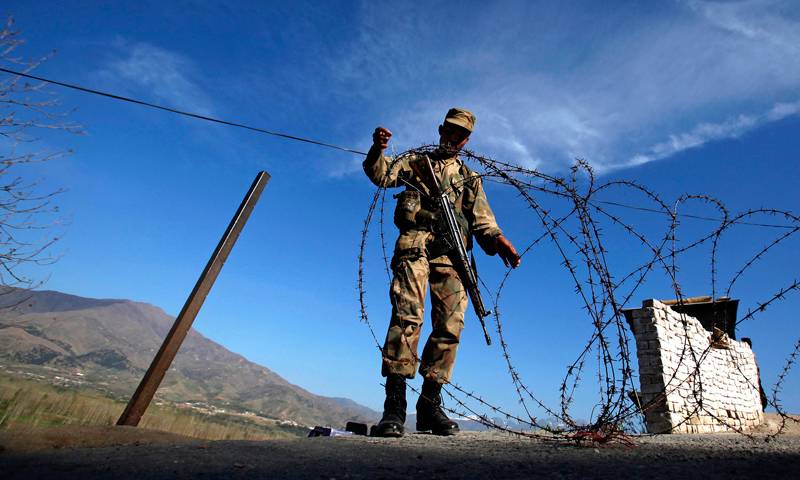 MUZAFFARABAD - At least three people were killed and five others injured in cross border shelling by Indian troops across the Line of Control (LoC), Pakistani officials said on Monday, as tension simmers between the nuclear-armed neighbors.

Imtiaz, a 30-year old police constable, died on the spot after being hit by a mortar shell in Nakyal sector of Kotli, hospital sources said.

Mohammad Bashir and Said Mohammad were injured in Nakyal sector and referred to DHQ Hospital Kotli.

Residents said indiscriminate shelling began on Monday morning and was ongoing, forcing everyone to stay indoors.

In the northeastern Neelum valley, Indian troops hit a vehicle on the main Neelum valley road near Danjar, causing injuries to two passengers, including a young boy.

Another person was injured in Falakan village, said Deputy Commissioner Neelum Sardar Waheed. “The shelling was sporadic and has stopped at the moment,” he said.

He added that the administration was not allowing any tourist in the area, but local residents can carefully travel.

Earlier on Sunday, six people, including two women, were injured in these sectors in Indian shelling that continued till late evening.

Tempers have been running high since July, when Indian security forces killed a young Kashmiri fighter in Indian-occupied Kashmir, prompting months of protests and a corresponding security crackdown that has claimed more than 100 lives.

Tension built further in September, when 18 Indian soldiers were killed at an army base in Indian-occupied Kashmir, in an attack Delhi blamed on ‘Pakistan-based militants’.

Pakistan denied that it was involved in that attack.

Several days later, India claimed it had carried out "surgical strikes" on militant bases across the border, a claim Pakistan termed "an illusion".

The Indian military said that it had fired in response to Pakistani firing in the Poonch district on Monday morning, but did not comment on reports of casualties.

Last week, both countries expelled each others´ diplomats, and named a number of others as being involved in spying.

Violations of a 2003 ceasefire on the defacto border have regularly occurred in the last two months. In the latest major violence, at least 19 people were killed on both sides in shelling last week.