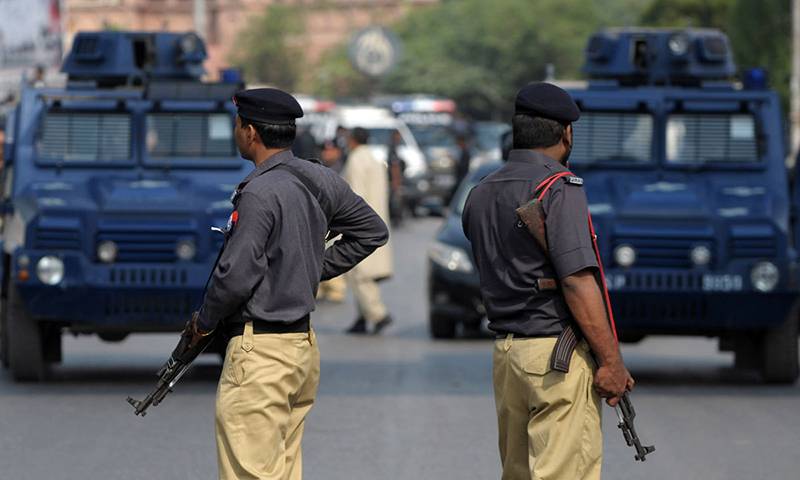 FAISALABAD - Police have stopped anti-terrorism operation in Faisalabad after the outhouses of as many as three UC chairmen of ruling party PML-N were raided by special teams and illegal weapons were recovered.

In an ironic development, not only the culprits freed, but also the anti-terrorism operation was completely halted after this raid. Just yesterday Shehbaz Sharif was quotes as complaining to the military that "Whenever action has been taken against certain groups by civilian authorities, the security establishment has worked behind the scenes to set the arrested free." However, this time it seems to be the civilian government protecting the culprits apprehended by the civilian LEAs.

The police raids were part of a combing operation followed by a military operation in Faisalabad, however, the operation was ceased some one month ago in September, the Dawn newspaper reported on Friday.

Following the raids and recovery of the prohibited weapons, two police officers had to hold conciliatory meetings with local bodies representatives of PML-N –Rana Israr, Mohsin Saleem and Pervez Kamoka.

Although, three FIRs were registered in Madina Town police on September 11 after the raids, police did not dare to book any of the three UC chairmen. Instead Arif of Nawan Lahore, Bilal of Dijkot and Mudasar of Samundri were booked for possessing the illegal weapons –originally recovered from the outhouses of PML-N associates.

According to the contents of the registered FIRs —836, 837 and 838– the recovered weapons included guns of prohibited bores such as Kalashnikov.

The newspaper, while mentioning unnamed sources, claimed the police officials involved in the anti-terrorism raid faced worst criticism by PML-N lawmakers, who are originally protecting the lB representatives of the party.

"Though the army operation was still going on in the district, police were not actively pursuing their targets fearing wrath of ruling party influential politicians," the report further added.

"Two of these chairmen -- Rana Israr and Mohsin Saleem -- talking to reporters the other day threatened to submit their resignations if action was not taken against the policemen who ‘dared’ to raid their outhouses."

Meanwhile, City Police Officer Afzaal Kausar rejected the impression that anti-terrorism operation has been ceased in Faisalabad. He insisted that focus was temporarily shifted to Muharram related activities instead of criminals.