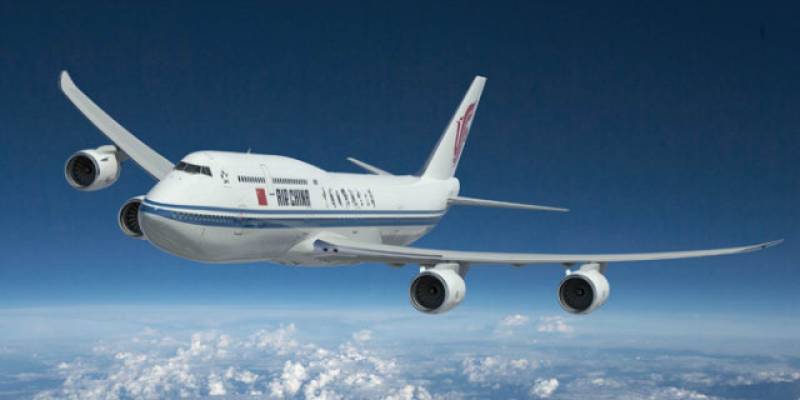 BEIJING/ISLAMABAD - China's flag carrier Air China has announced to increase its flights for Pakistan on the Beijing-Islamabad-Karachi route.

The airline has decided to operate seven flights in a week from 29th of this month.

Air China is a major airline of China. It was founded and operating since July 1988.

Zhao Lijian, Ministerial Counsellor of the Chinese Embassy said that the progress of CPEC gave prospects to Air China to spread its business in Pakistan. He further said that CPEC has strengthened the political, economic and scientific ties between the two countries.

This decision by Air China would prove healthy in bonding deeper relationships between Pakistan and China.