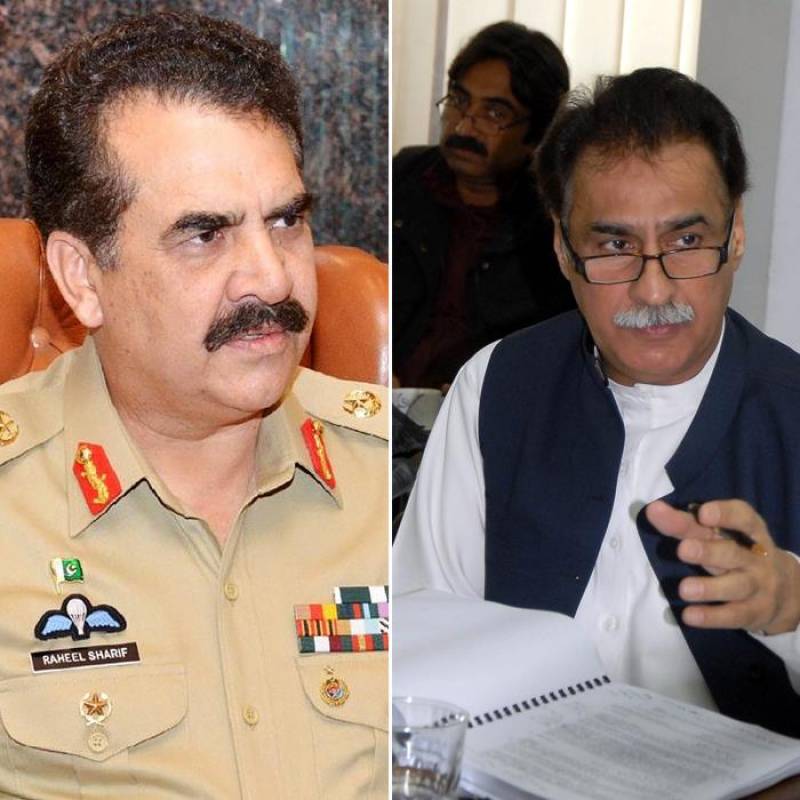 ISLAMABAD (Web Desk) - Pakistan Tehreek-e-Insaf and coalesced opposition raised questions regarding the transparency of 2013 general elections and sporadic unfolding of rigging evidence has added weight to their point, but now a senior journalist has hinted at a much darker scandal of how investigations into the rigging were thwarted.

Rauf Klasra in his show "Muqabil" on September 5 made a shocking revelation that speaker of the National Assembly Ayyaz Sadiq influenced NADRA (National Database and Registration Authority) for settling the dispute into 2013 elections probe through his son Ali, who was class mate of the then Chairman Nadra Usman Mobeen.

Klasra went on to claim that after the last general elections, a NADRA officer tried to expose the connivance of the department with the elected speaker, but before he could do that his father was kidnapped.

The journalist maintained that the NADRA officer was then blackmailed through his kidnapped father and senior military officials from GHQ (General Headquarters) had to get involved for resolution of the matter.

He further disclosed that the officer was compelled not to leak the information to anyone. The official had to obey another order of the "Powerful elite" which asked him to leave the country.

Rauf expressed that he was following the scandal and once he has managed to connect the dots, he would expose the story completely with evidence so as to leave no doubts about the scandal.

It is worth mentioning that Ayyaz Sadiq overpowered PTI supremo Imran Khan in 2013 general elections by a vote margin of 8872. He contested elections from NA-122 and was later disqualified after verification of votes in August 2015.

Ayyaz contested again from the same constituency against PTI's Aleem Khan and bagged victory by a margin of 2443 votes to become national Assembly Speaker again in November 2015.

NA-122 was one of the four constituencies for which Imran Khan and his party demanded re-verification of results, the other three being NA-154, NA-110 and NA-125. Results of  NA-154 were also nullified and in re-election PTI's Jahangir Tareen won the seat.