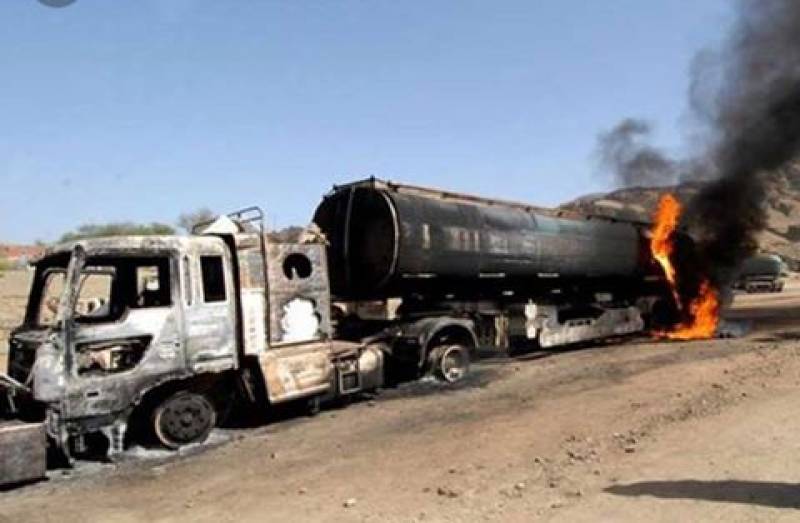 KARACHI (Web Desk) - Wednesday dawned with a tragedy for Karachiites as three people including woman and a child were killed and several vehicles were left charred when an oil tanker caught fire on Super Highway near DHA City.

According to Motorway Police officials, four other people sustained burnt injuries and were rushed to nearby hospital.

Two people, traveling in the car which rammed into the oil tanker, burnt to death as fire engulfed the nearby vehicles.

The fire resulted in snarl-ups on both sides of the Super Highway. A footage depicts the tragedy.