Eight killed after marble mine collapsed in Mohmand 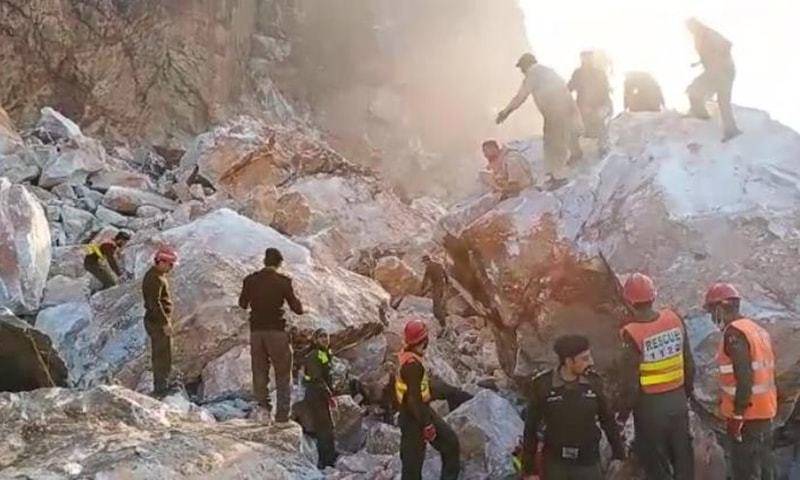 ISLAMABAD – At least eight miners were killed after a marble mine caved in Safi tehsil of Mohmand district on Monday.

buried as a marble mine caved in at Safi tehsil of Mohmand district on Monday.

According to District Police Officer Mohmand Tariq Habib, 16 miners were buried after the accident.

He said that dead bodies of eight miners were retrieved from the rubble, while six others were evacuated with injuries.

The dead and the injured were shifted to local hospitals, private news channels reported.