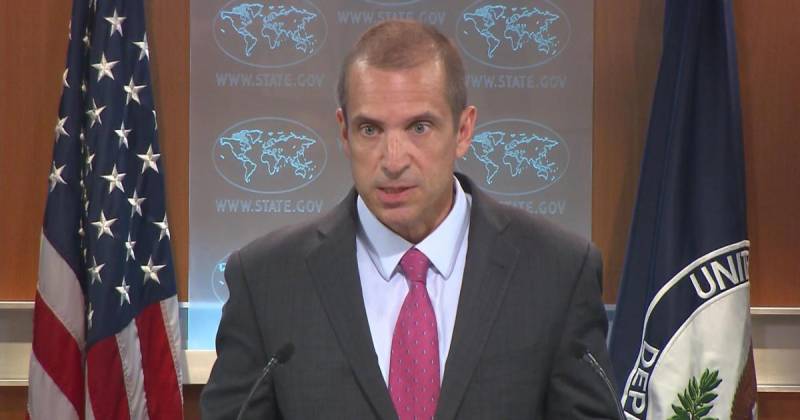 WASHINGTON (Staff Report) - The United States has said that it will continue to encourage Pakistan and India to engage in direct talks to reduce tension between two countries including Kashmir issue.

Speaking at routine media briefing, US State Department Deputy Spokesman Mark Toner said that United States has not changed policy about two countries and urges Pakistan and India to normalise their ties through dialogue.

The spokesman said the United States wants better relations between Pakistan and India as the two countries stand to benefit from normalisation of relations and practical cooperation.

To a question, he said the US government is aware of the arrest of the Indian agent in Pakistan. He, however, avoided to further comment on this, saying that he doesn't have anything to say on this.

The American statement comes a day after, Pakistani High Commissioner to India Abdul Basit said that dialogue between two countries has ceased and India wants to put Kashmir issue on back burner.

Talking to media in New Delhi, he said there is no shortcut to achieve a lasting peace and nor does cherry-picking work.

He stressed the need to engage in uninterruptedly, comprehensively and meaningful dialogue between the two countries to settle all issues.

Abdul Basit said Kashmir dispute is the root cause of mutual distrust and other bilateral issues.

He said fair and just resolution of Kashmir issue as per the aspirations of the people of Jammu and Kashmir is imperative and attempts to put it on the back burner will be counterproductive.