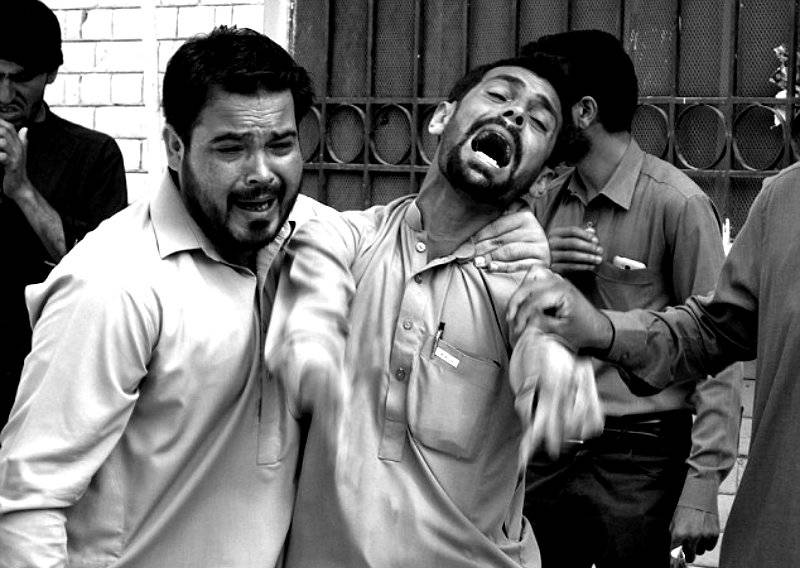 According to details, a breakaway faction of the Tehreek-e-Taliban Pakistan (TTP) has claimed responsibility for the suicide attack, Daily Mail reported.

In a statement, Ahsanullah Ahsan, spokesman for Jamaat-ul-Ahrar militant group, also said their men killed Bilal Kasi, the president of Baluchistan Bar Association, and then targeted the mourners who had gathered at Civil Hospital.

The group has been behind several acts of terrorism in Pakistan over the years.

The claim could not be independently verified, but local sources have previously reported on the group's allegiance to ISIS.

Most of the dead and injured were lawyers who had arrived in the hospital after the early morning killing of Balochistan Bar Association (BBA) president, Bilal Anwar Kasi.

Following the blast, Balochistan Home Minister Sarfraz Bugti said that it was a matter of serious security lapse as there was no security alert for the hospital. I am monitoring the investigation personally, he said.

He went on to say that an investigation was underway to determine the nature of the blast, however, initial findings suggested that it was a suicide blast.

Earlier this day, the Balochistan Bar Association (BBA) president, Bilal Anwar Kasi, was gunned down in an apparent targeted killing incident in Quetta.

The police officials said that the car of the lawyer leaders came under attack on Manno Jan road in the city. The assailants were riding a motorbike and could not be identified immediately. Further investigation into the murder incident was still underway.