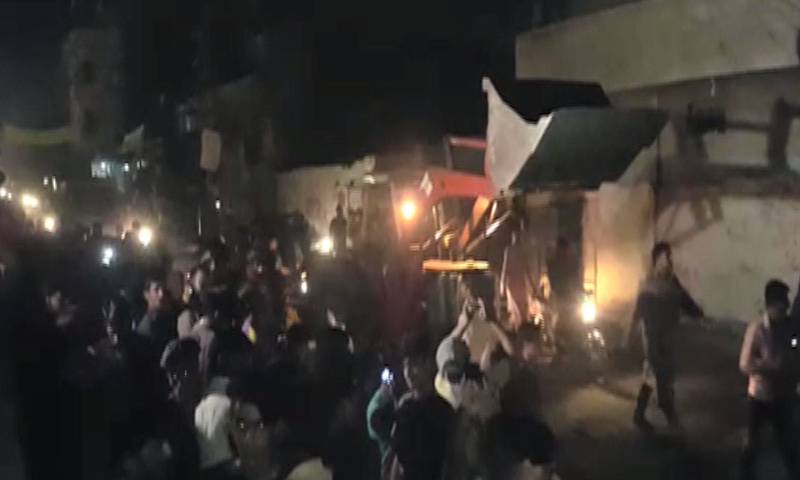 LAHORE - A case was registered on Tuesday against perpetrators of the blast on Lahore’s Bund Road, which killed one and left scores injured yesterday.
The case was registered in the presence of Counter Terrorism Department Station House Officer (SHO) Abid Baig. Various sections including anti-terrorism act, murder attempt and others have been added in the case.

It is stated in the case that a blast occurred on Monday in a fruit-laden truck parked in the premises of Bhatti Parking Stand, adding a huge cache of explosive material was inside the vehicle. The blast claimed one life, besides damaging nearby properties and injuring over 30 people.

Geo News quoting sources stated the investigators believe around 80 kilogrammes of explosives were hidden in the truck, which went off due to moisture in the air.

It is important to mention here that residents of the area have alleged that police were informed about the suspicious vehicle, which was parked for three days, but no action was taken.

Last month 26 people, including nine policemen, were killed while 58 others were injured in a bombing attack near the Arfa Karim IT Tower on Lahore’s Ferozepur Road.

Another blast, targeting a census team in April, had resulted in the deaths of six people, including five forces personnel.