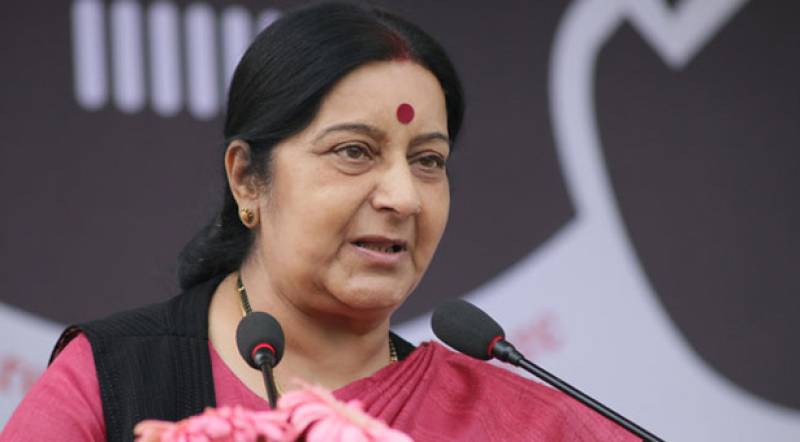 ISLAMABAD (Web Desk) - Indian External Affairs Minister Sushma Swaraj has arrived in Islamabad to attend Heart of Asia Ministerial Conference tomorrow. She was received at the airport by senior officials.

Talking briefly to media on her arrival in Islamabad, the Indian External Affairs Minister said basically she was here to attend Afghanistan-related conference.

She, however, confirmed that there would also be bilateral meetings with Prime Minister Nawaz Sharif and Adviser on Foreign Affairs Sartaj Aziz.

The Indian Minister said the two countries are talking to each other on ways to improve their ties and move forward.

Asked what message she has brought from India, Sushma Swaraj said her country wants good relations between the two countries.