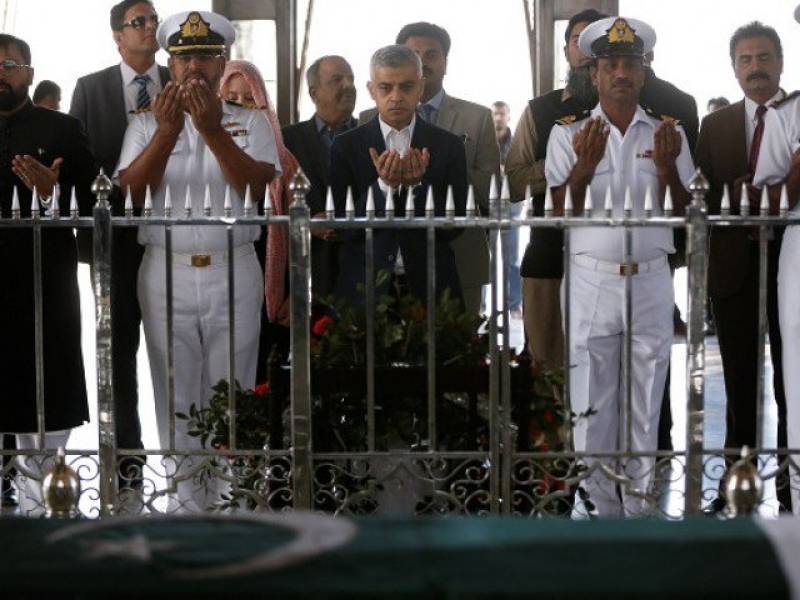 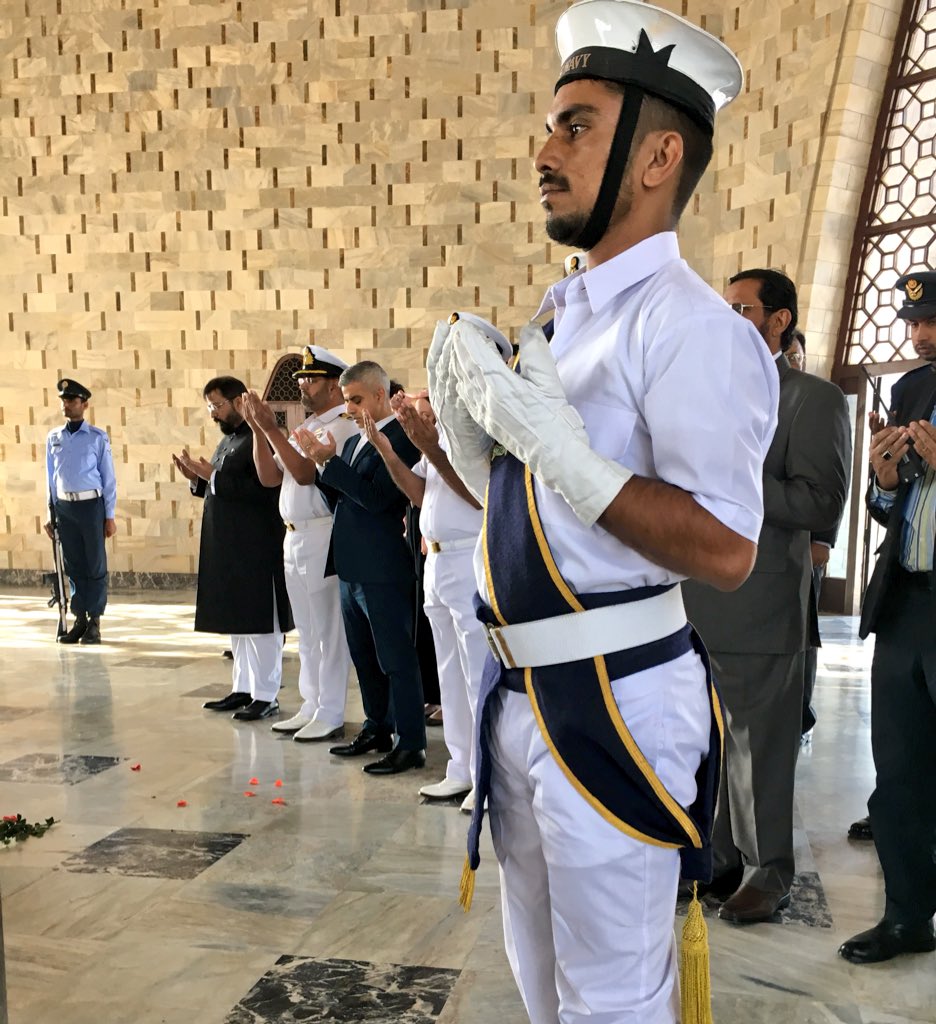 Sadiq Khan, who is on a goodwill tour in Pakistan, arrived in Karachi Thursday night after visiting Lahore and Islamabad. Karachi mayor Waseem Akhtar had received him at the airport.

Talking to the media at Quaid's Mausoleum, the mayor said that he was feeling proud while visiting Karachi, adding that he was here with a message that London is open for study, investment, tourism, etc. 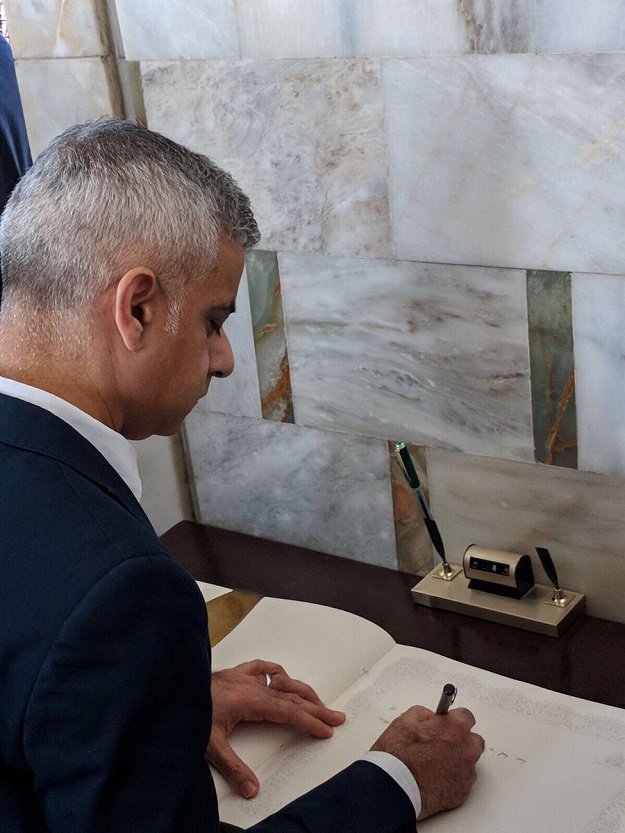 Sadiq Khan arrived in Pakistan on Wednesday on his maiden tour since he assumed office last year.

The Britisher, who was born and raised in South London, entered Punjab’s capital Lahore from India via the Wagah Border Crossing and was given a rousing welcome on the Pakistani side of the border by Mayor Lahore Col (retd) Mubashar and senior government officials.

Chief Minister Punjab Shehbaz Sharif, who would be hosting a dinner in Sadiq Khan's honour, took to Twitter and welcomed the visiting dignitary.

Khan is the first ever mayor of London to make an official visit to Pakistan.

Sadiq Khan is leading a trade mission under the theme ‘London Is Open’ to both India and Pakistan and is flanked by a 16-member delegation.

Earlier, in India, the Mayor met Bollywood bigwigs and addressed a couple of conferences besides visiting heritage sites.