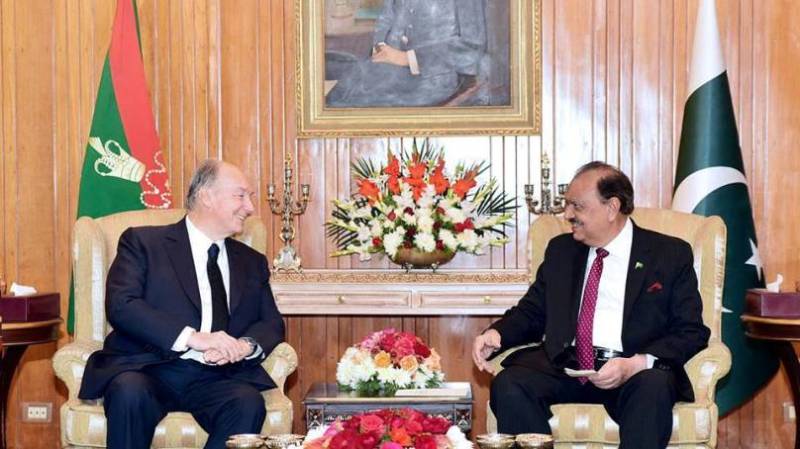 ISLAMABAD - President Mamnoon Hussain said that Prince Karim Aga Khan was rendering invaluable services for global peace and stability, brotherhood, tolerance as well as for the welfare of humanity in different parts of the world, including Pakistan. 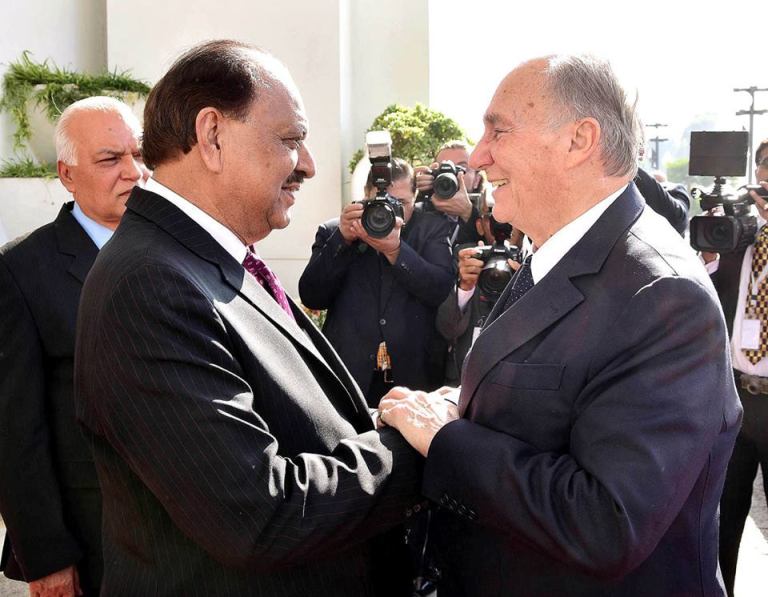 The president said this while talking to Prince Karim Aga Khan, who along with his daughter Princess Zahra Aga Khan and a delegation called on him at the President House here on Friday.

The spiritual leader of Ismailia community Prince Karim Aga Khan has arrived in Islamabad on a state visit at the invitation of the Government of Pakistan. 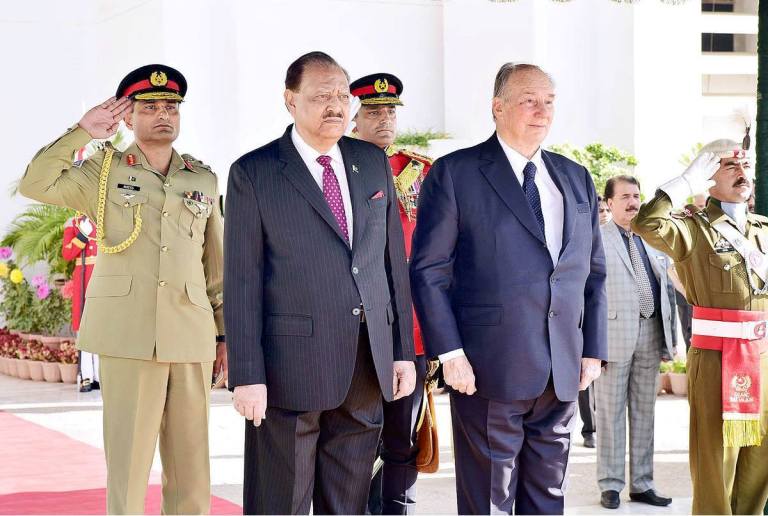 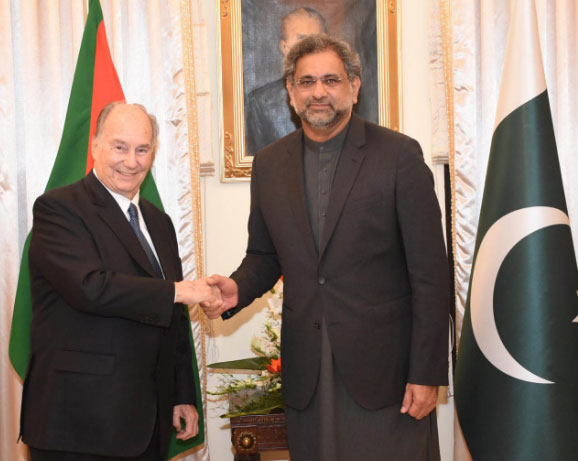 Warmly welcoming, the prime minister appreciated his role in promoting peace and interfaith harmony among Muslims and his valuable contributions toward the social, economic and cultural development of the country.

The prime minister also presented a special First Day Cover consisting of six stamps illustrating the contribution of the AKDN in the country. The stamps commemorate the Diamond Jubilee - or 60 years - of the Imamat of His Highness the Aga Khan.

Prince Karim Aga Khan reiterated his longstanding commitment to the development goals and improving the quality of life of the people of Pakistan.

As part of his official visit to Pakistan, Prince Karim Aga Khan is scheduled to meet his followers in Karachi, Islamabad and Gilgit-Baltistan as well as other parts of the country to mark his Diamond Jubilee Celebrations - 60th anniversary of his Imamat of the Ismaili community.

ISLAMABAD - The spiritual leader of the Ismailia community Prince Karim Aga Khan has arrived in Islamabad on a state ...