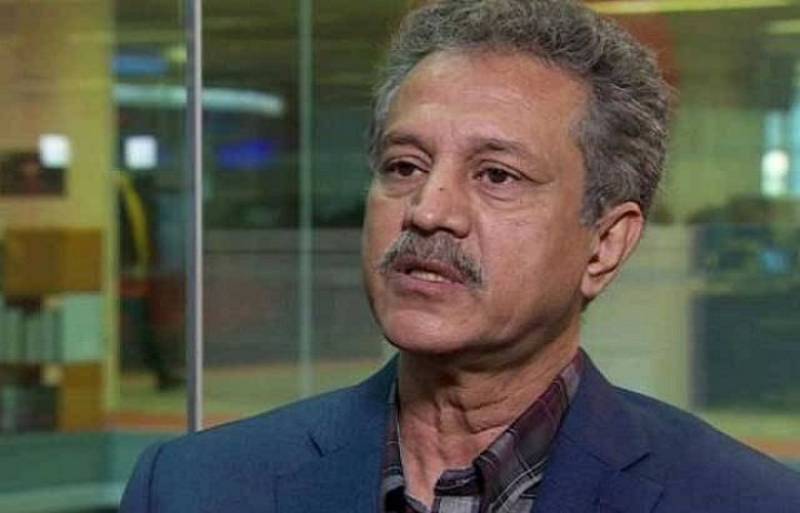 KARACHI - Karachi Mayor Waseem Akhtar has threatened that he will tender resignation if a single house in the metropolis is razed.

Addressing a press conference on Friday, Akhther registered protest against plans to demolish illegal houses during the drive; the presser came after the federal government filed a review petition before the Supreme Court against the anti-encroachment drive.

Though the mayor defended the removal of encroachments from markets and roads, he opposed demolition of illegal houses

Akhtar said that the markets established by the Karachi Metropolitan Corporation (KMC) were also demolished during the operation, which is being run under his supervision.

"In the first phase, the KMC will arrange 1,000 shops for the affectees of the anti-encroachment drive as an alternative," the mayor said and added that the KMC was supporting the victims.

He said the corporation had received court orders to remove encroachments from parks, footpaths, and nullahs but observed that some people have started point-scoring over the operation against encroachments.

Earlier in the day, Governor Sindh Imran Ismael's spokesperson said that the decision to file a review petition had been during a recent meeting between the governor and Prime Minister Imran Khan.

"The governor had apprised the prime minister about the concerns and reservations of the affected people," said the spokesperson.

On Monday, Sindh Local Government Minister Saeed Ghani had also said that those affected by the operation against encroachments would not be left alone and an alternative plan would be offered.