CJP asks for report over delay in Tayyaba torture case 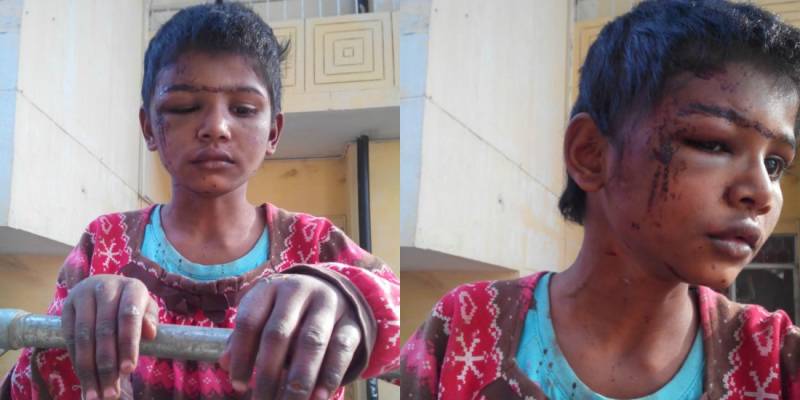 ISLAMABAD- The Supreme Court of Pakistan has asked for a detailed report from the Registrar Islamabad High Court (IHC) over the delay and incomplete proceedings of the Tayyaba torture case, on Monday.

Chief Justice Pakistan Justice Mian Saqib Nisar showed his displeasure that even after the passage of a year, the trial is still incomplete.

The Supreme Court bench was informed by the counsel of Tayyaba that the high court had dismissed the parent's compromise request. To which, the bench asked about the case's progress.

The bench remarked the court has to take the role of parents, where parents fail. Generally, parents take the money and agree to compromise, and in a situation like this, where children don't have anyone to look out for them, the judiciary has to make sure that they get whatever justice they deserve.

The apex court bench has asked the IHC to submit a report on the case tomorrow (Tuesday).

Tayabba, a 10-year-old house help, was recovered in December 2016 from the house of Additional Session Judge Raja Khurram Ali Khan after neighbours complained.

After Tayyaba's statement, an inquiry report confirmed the torture marks on her body. According to the report, 22 marks were found on the minor girl's body. The main suspect in the case, Additional Session Judge Raja Khurram Ali Khan's wife, was arrested in December 2016.

In an unexpected turn of events, tayabba's father forgave the suspect and said before the court that he had "no objections" to the court granting bail to the suspects. Thus, the judge's wife was granted bail at Rs30,000.

ISLAMABAD - The father of a child maid allegedly tortured by an additional district and sessions judge forgave the ...

Supreme Court took Suo Motu action and summoned the child's parents to the court, however, they disappeared mysteriously along with Tayabba. The child maid was recovered by Law enforcement agencies from a suburban area of the federal capital.

ISLAMABAD - Law enforcement agencies recovered Tayyaba - a 10-year-old maid who was allegedly tortured by the family of ...