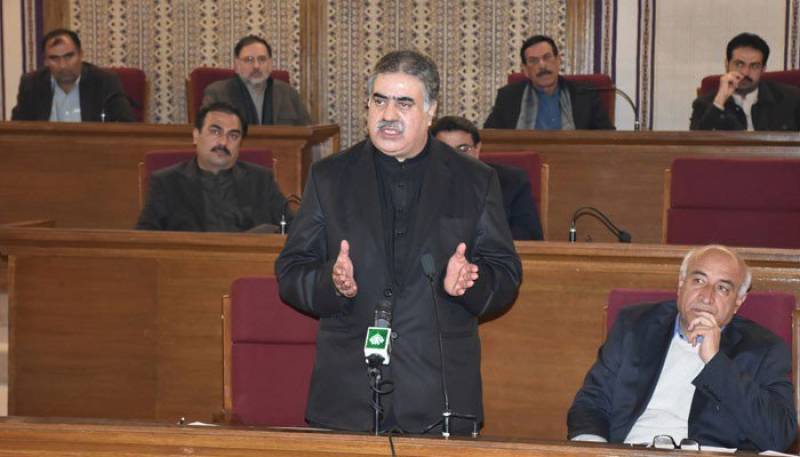 In his single-day tour, the premier will meet Pakistan Muslim League-Nawaz lawmakers, who are also supporting the no-confidence motion against the provincial chief executive.

Although the voting on the motion that would decide the political fate of Zehri would be conducted in a day or so, Pakistan Muslim League-Quaid (PML-Q) representative and provincial lawmaker Abdul Quddus Bizenjo are confident about its success claiming that as many as 40 legislators will vote against Zehri.

Bizenjo further said that PML-N leader Changez Marri has also rendered his support for the no-confidence motion that will compel Zehri to walk out of the CM house.

On the other hand, a spokesperson for the Balochistan chief minister said that those claiming to have the support of 40 MPAs could not gather more than 20 legislators at their recently held dinner meeting.

QUETTA - In another blow to the embattled Pakistan Muslim League Nawaz government in Balochistan, the newly appointed ...

Earlier on Sunday, Zehri contacted Pakistan Muslim League-Nawaz President Nawaz Sharif and tried to enlist his support in the time of crisis.

According to sources, Zehri warned Nawaz that a no-confidence motion against him could have an impact on the results of the upcoming general elections.

Dastagir assured Zehri of support from the federal government and the PML-N.

The no-confidence motion submitted on January 2, submitted by Mir Abdul Quddus Bizenjo and Syed Agha Raza, was signed by a total of 14 parliamentarians.

Two more resignations by a provincial minister and the chief minister’s adviser shook up the political landscape of Pakistan's biggest province by land.