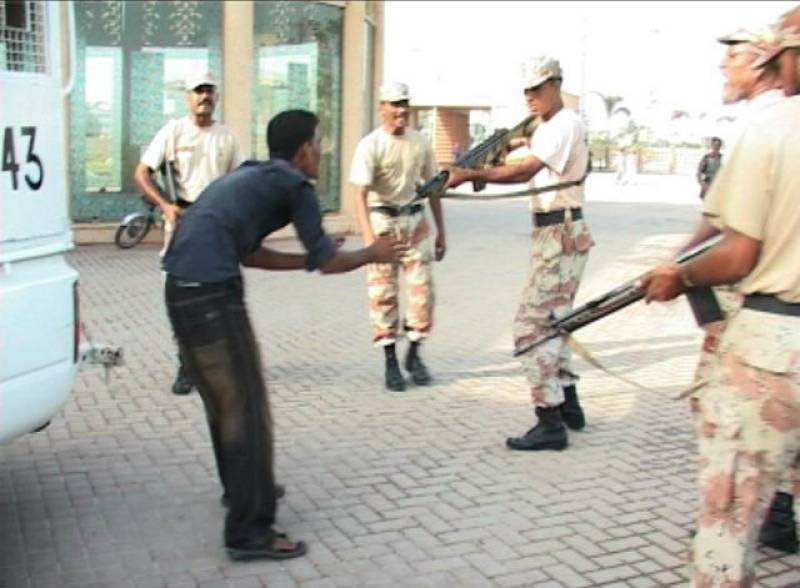 LAHORE - The President House has rejected the reports of granting pardon to nearly half a dozen personnel of Pakistan Rangers, who had been sentenced to life imprisonment over their involvement in the killing of a youth inside a public park in Karachi’s Clifton area seven years ago.

In a statement on Monday, the presidential office denied receiving any summary for pardon in this case.

Media reports suggested on Sunday that the personnel had received the pardon in the exercise of president’s powers under Article 45 of the Constitution.

The Rangers personnel had killed Sarfaraz Shah, 22, considering him a robber out to deprive people in the park of their belongings in June 2011.

Footage of the killing was filmed by a cameraman from a private TV channel who was at the park to cover an event. The video which was later aired by all news channels sparked widespread public outrage.

Following the killing, the government took the rare step of removing the provincial chiefs of Rangers and police after the then Chief Justice of Pakistan Iftikhar Chaudhry took notice of the killing.

On August 12, 2011, an anti-terrorism court in Karachi handed death penalty to a Ranger trooper Shahid Zafar, of the Abdullah Shah Ghazi unit of Pakistan Rangers, for the ‘extrajudicial’ murder and life imprisonment to five others, including Sub-Inspector Bahaur Rehman, Lance Naik Liaquat Ali and constables Muhammad Tariq, Manthar Ali and Afzal Khan.

Zafar, 35, has also been ordered to pay compensation worth Rs200,000 to Shah’s legal heirs.

The park’s watchman, Afsar Khan, was also jailed for life in the case.

In August 2014, the Supreme Court commuted the death penalty awarded to Shahid Zafar when his family appeared before the court and told them that the victim’s family had reached a compromise with them. Later, the court commuted the sentence to life imprisonment.