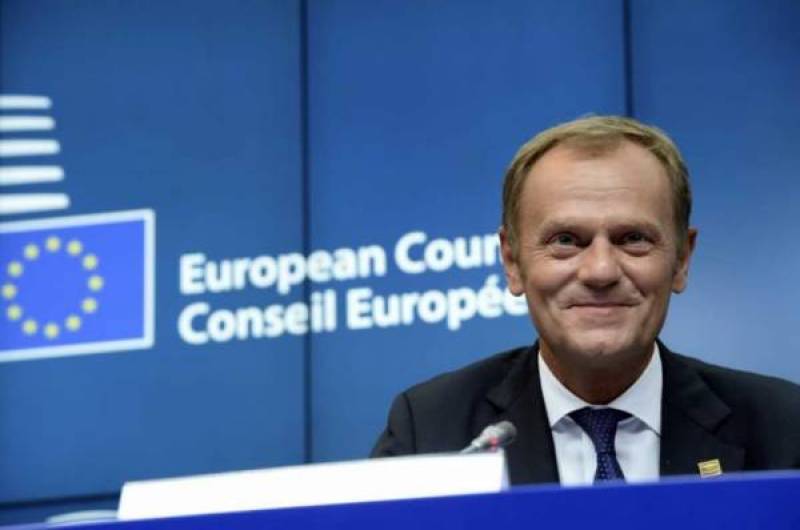 Greek leaders must submit detailed reform plans by Thursday to win the fresh bailout funds the country needs to stop its banking system from collapsing, EU President Donald Tusk said after an emergency summit of Greek and eurozone leaders.

All 28 European Union leaders will examine the plans on Sunday in a make-or-break summit that will either save Greece's moribund economy, or leave it to crash out of the single currency -- a so-called "Grexit".

"Tonight I have to say loud and clear -- the final deadline ends this week," Tusk told a news conference.

"Inability to find an agreement may lead to bankruptcy of Greece and insolvency of its banking system," he added.

The eurozone had expected Athens to submit fresh reform plans on Tuesday after Greeks voted by 61 percent to reject creditor demands for more austerity in return fresh EU-IMF bailout funds in an unprecedented referendum.

European Commission President Jean-Claude Juncker warned "we have a 'Grexit' scenario prepared in detail" if no deal was reached, although he insisted he wanted Athens to stay in the single currency.

German Chancellor Angela Merkel, meanwhile, warned Greece would need a debt programme lasting "several years" to revive its moribund economy and insisted writing off any of its 320-billion-euro ($350-billion) debt mountain was out of the question.

The final crescendo of Greece's long-running debt crisis forced the country's banks to close last week and prompted worried shoppers to clean out supermarket shelves due to fears of food shortages.

Speaking after Tuesday's emergency summit, Greek Prime Minister Alexis Tsipras said the government "continues its efforts with the people's mandate as a weapon, and its desire for a viable agreement that brings an end to this story and guarantees an exit from the crisis".

Tuesday's summit was the first time Tsipras and his new Finance Minister Euclid Tsakalotos have met with leaders in Brussels to discuss the fall-out from the dramatic referendum.

The result was a victory for radical leader Tsipras, who came to power in January on the back of vows to end five years of bailout-imposed austerity blamed for crashing the Greek economy, which has shrunk by a quarter since the crisis started.

But it has infuriated other EU leaders, roiled world financial markets and dealt a traumatic blow to the post-war vision of European integration, already reeling from years of economic crisis.

In Athens, the Greek government said it had committed to seeking its third bailout since 2010, with a revised request "taking into account" the concerns of creditors who have demanded more cuts to pensions and bigger taxes.

And in Brussels, Tsakalotos -- who replaced outspoken motorbike-riding predecessor Yanis Varoufakis after he resigned on Monday in a bid to ease the rift with Athens's creditors -- told reporters there had been "progress" at the talks.

But their words did little to dispel the fear gripping world financial markets, with Asian shares plunging on Wednesday morning and the euro hitting a five-week low of $1.0916 in New York trading on Tuesday.

Fears that a "Grexit" could upend the global financial system have sparked worldwide concern, prompting US President Barack Obama to call Merkel and Tsipras before the summit.

The mood was also grim on the streets of Greece, where liquidity starved banks are expected to keep their doors closed until Thursday at the earliest and fears are rising that ATMs could soon run empty.

Greece's banks have been shut since its most recent international bailout programme expired last Tuesday while capital controls have been imposed, limiting withdrawals to 60 euros a day.

The ECB, which has been keeping Greek lenders afloat, said Monday it had decided to maintain emergency funding to the country's banks -- so-called Emergency Liquidity Assistance (ELA) -- at its current level of 89 billion euros.

But it said Greece had to provide more collateral, a move that will make it more difficult to access the vital funds in the future.

Greece on June 30 became the first advanced economy to default on an International Monetary Fund loan, on the same day its EU-IMF bailout expired. On July 20 it faces a huge payment of more than three billion euros to the ECB.