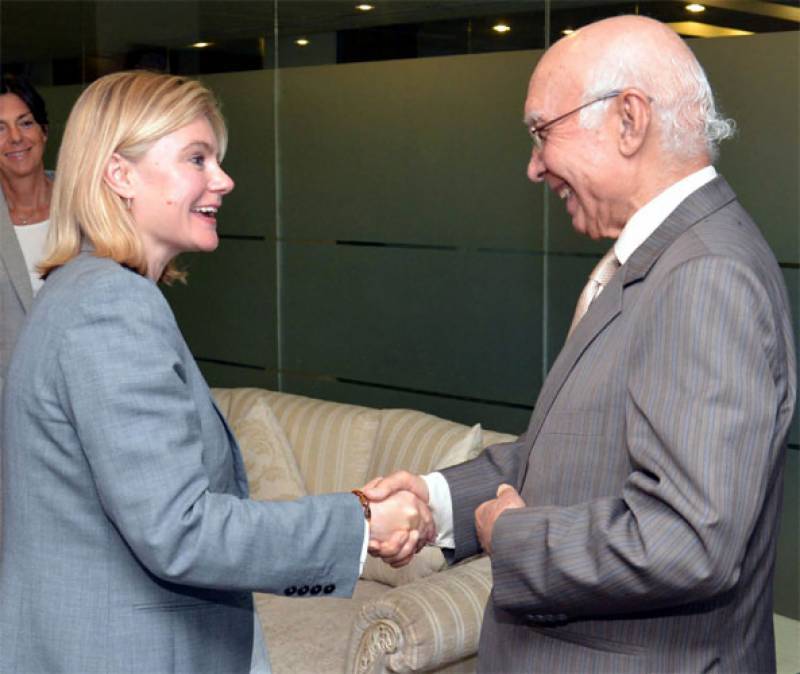 He said that the DFID's programme had been progressing well in Punjab and Khyber Pakhtunkhwa and had underscored the need for its expansion to Sindh and Balochistan as well.

He said that Pakistan would also welcome British assistance in the reconstruction of areas affected by military operation against terrorists.

Secretary Greening appreciated the concrete steps taken by the present government to improve the socio-economic conditions of Pakistan.

She reiterated UK's commitment to extend further development assistance to Pakistan, particularly in the areas of health and education.