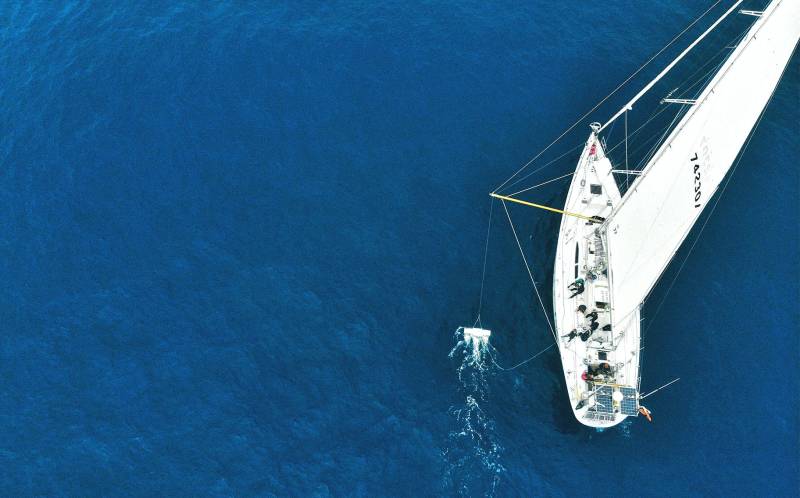 The future growth of countries depends upon competitiveness, innovations, skills and productivity and all these, in turn, rely on education. Educating people that changes call for innovation and innovation leads to progress. Translating an idea into a good or service is synonymous with innovation, and also increased innovation contributes to increasing the efficiency of manufacturing processes, improving the quality of manufactured products and services.

In this fast and actively changing world, it’s not mere innovation that leads to the prosperity rather a proper balance of the said with sustainability. It attempts to satisfy the human needs in a manner that sustains the environment and natural resources for future generations. Having said that an ideal and sustainable economy is one which provides for the greatest amount of general well-being with the least amount of resource use and environmental harm. In economic terms, to be truly sustainable, the overall demand for natural resources must be less than nature’s renewable supply of resources. So, in this regard Ocean proves to be a sustainable source as long as innovation is implied to maintain its sustenance.

Since the beginning of human times on Earth, the race has been directly or indirectly influenced by the oceans. Every year United Nations on 8th June celebrates the World Ocean Day under an assigned theme to remind everyone of the major role the oceans have in everyday life. They are the lungs of our planet, providing most of the oxygen we breathe. The purpose of the Day is to inform the public of the impact of human actions on the ocean, develop a worldwide movement of citizens for the ocean, and mobilize and unite the world’s population on a project for the sustainable management of the world's oceans. This running year theme of the day is ‘Innovation for a sustainable Ocean’. The oceans not mere provide the oxygen more than the rainforests across the globe but also regulates the earth’s climate.

The World Ocean Day also reminds its stakeholders the commitment to highlight the wanting areas of action to restore the maritime environment. The day also holds much significance to Pakistan and Pakistan Navy being its stakeholder also celebrates the day with zeal and fervour. Pakistan is blessed with over a 1000 km coastline and a huge area of Exclusive Economic Zone (EEZ) but the nation has yet to capitalize the potential of its maritime resources in a sustainable way. Pakistan’s Exclusives Economic Zone (EEZ) covers an area of about 240,000 sq. km further extends by about 50,000 sq. km through the recognition of Pakistan’s Continental Shelf claim under article 76 of UNCLOS (UN Conference on the Laws of the Seas) in 2015. Thus, making Pakistan the first country in the North Indian Ocean Region, whose cause for an extension of Continental Shelf has been approved by the UN.

This extension was granted to Pakistan due to the tireless efforts made by Pakistan Navy who fought for the aforementioned claim in the UN to acquire the exclusive rights over the seabed and subsoil for exploration and use of marine resources including energy production. Pakistan’s sea trade route contributes about $66.5 billion dollars to economic growth, accumulates 31% of Pakistan’s GDP. Fish and seafood industry in Pakistan alone has the potential of generating the revenue of more than $1.2 billion.

Moreover, Pakistan’s mangrove area, a sixth largest in the world, holds an annual value of about $20 million which can be extracted from mangrove dependent fish species and shrimp industry. The coastal and marine areas have great potential for sustainable development of both living and non-living marine resources. The marine resources such as ocean energy, minerals, water, petroleum hydrocarbons and fisheries; recreational and tourism potential stand largely untapped. The appraisal and investigation of these assets are fundamental to the economic growth of the nation. Pakistan’s prospects for sustained economic growth can only come to fruition if viable policy measures are crafted and implemented.

Pakistan Navy also celebrates international events like World Oceans Day and World Maritime Day every year, raising awareness of both the naval community and the public about environmental issues facing Pakistan’s coastal regions. Hence, Pakistan Navy is playing a leading role in promoting sustainable use of ocean resources. The mangrove plantation and various other initiatives like beach cleaning, construction of harbour debris collection boats, banning the use of destructive fishing nets, tackling oil pollution at Sea and coordination with the industrial community to reduce waste dumping into the sea have been a regular part of Pakistan Navy’s annual activities. The efforts contribute to maintaining sustainable coastal environment adding of the coastline extending from Creeks to Jiwani. Furthermore, Pakistan Navy is also reaching out to the national and international civilian environment organizations to collaborate in projects. In this regard, close collaboration with Ministry of Climate Change (MoCC) and Mangroves for the Future (MFF), International Union for Conservation of Nature (IUCN) and World Wide Fund (WWF) are maintained.

To conclude, statement of the Chief of the Naval Staff would suffice the impetus of the World Ocean Day which states “On this day, let us reaffirm our commitment and resolve for preserving sustainable use of the oceans and marine resources. PN will continue to play an important role in the global and national efforts to protect and preserve the ocean; mankind’s shared resource for sustenance and prosperity”.