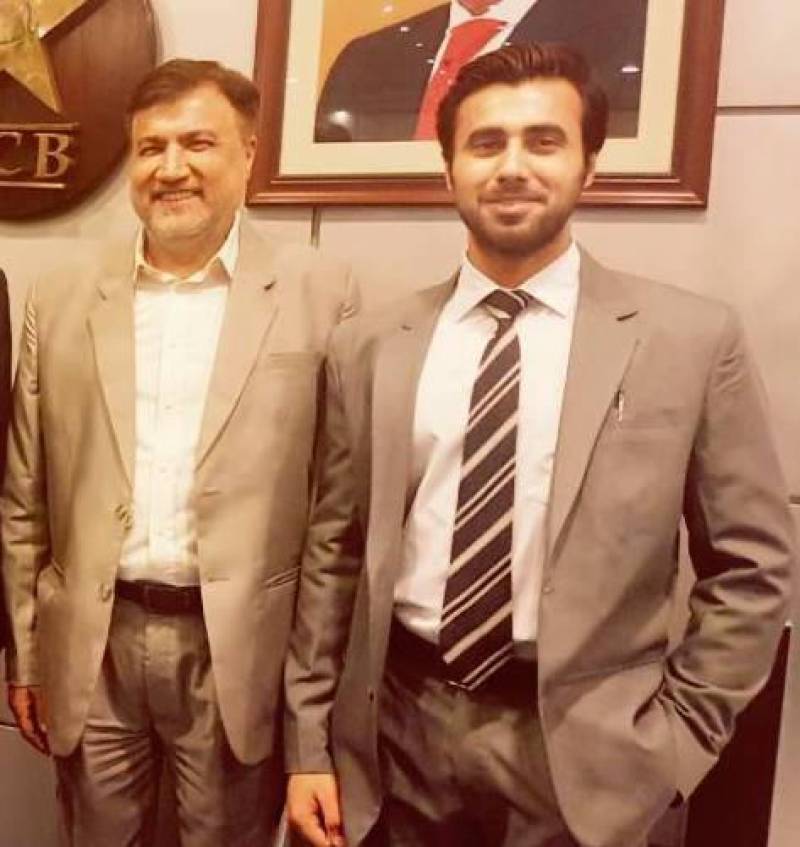 The bails were cancelled in the case registered by the FIA over a complaint from Syed Tahir of Pak China Fertilizers Limited against Rafiq Bhojani and three others regarding illegal transfer of shares of the fertilizer company.

The fourth accused Ashfaq Ahmed, who was part of the fraud scheme, is absconder in the case.

The complainant’s lawyer Barrister Iftikhar Ahmed Shah said outside the court: “The FIA has investigated this matter through advance modern forensic methods, pointing all fingers towards the accused.”

The FIA told the court that it registered the criminal case after a thorough investigation in which it was established that Mr Bhojani led the criminal plot with help from Zain Abbas Bhojani and nephew Muzammil Bhojani.

The FIA said in the report: “During the course of enquiry, it has been established that accused Muhammad Rafiq Bhojani prepared fake Securities and Exchange Commission of Pakistan (SECP) profile of complainant Syed Tahir Hussain and manipulated fake long-in on complainant’s behalf for which the alleged Muhammad Rafiq Bhojani used his own cell phone for authentication and gave a fraudulently created email address and contact address as address of Khadim Jan i.e Suit No.12 and 13, 3rd floor, deans Trade Centre, Peshawar.

“During the course of enquiry it has also been established that accused Rafiq Bhojani prepared fake registration letter of Mr Hussain from his Directorship of M/s Pak China Fertilizers letter and fraudulently affixed fake thumb impression of Syed Amir Hussain on the said registration letter and submitted before the Securities and Exchange Commission of Pakistan.”

According to details of the FIR available with this publication, Mr Rafiq Bhojani was employed as the manager of one of Pakistan’s leading business family based in Karachi.

In the first and original FIR filed with the FIA by the business group, Bhojani and his three associates conspired to illegally transfer their shareholding of Pak-China Fertilizers Limited Company.

Bhojani collaborated with a prominent PML-N ex-MNA from Haripur Babar Nawaz who collaborated in the fraud worth over PKR 1 billion, according to the complaint.

The complaint alleged that Bhojani and his associates took illegal possession of fertilizer plant of the business group in Haripur by force and have been in control of the plant for three years now.

Pak-China Fertilizers Limited, according to legal papers, is owned by the Karachi business family which has filed the complaint. Between 2017-2018, Bhojani forged Securities Exchange Commission of Pakistan (SECP) profiles online, faked finger prints on transfer forms which NADRA has discovered belonged to his nephew, Muzammil Bhojani, and made fake board resolutions.

The dates of the Board resolutions, according to the FIA, represent dates where all shareholders were out of Pakistan whereas in the resolution shows the Board Meeting was held in Pakistan.

The Privatization Commission and Government of Pakistan have a claim on Pak China Fertilizer and there has been a stay order since 2007. Bhojani and his associates also tried to illegally sell scrap in violation of this order, according to details of the complainant .

The main complainant, who is Chief Executive Officer of Pak China Fertilizers Limited, told the FIA in November 2019 that Bhojani was given access to all kinds of legal papers because he was trusted under oath.

“The board of directors of M/S Pak China Fertilizers Limited neither passed any board resolution for conversion of Company from offline to online nor passed any resolution in my favour or in favour of any other person thereby authorizing to submit documents before the Registrar of Companies, Companies Registration Office, Peshawar,” said the complainant in his initial complaint, adding that Bhojani “fraudulently impersonated” him for the fake takeover of shares.

Another report was filed with FIA Cyber Crime Wing against Bhojani by Murtuza Akbar Ali on a banking fraud case previously in 2018.  A fraud investigation FIR has also been filed with Arambagh Police Station by Secretary of Pak China Fertilizers for theft of company documents and forgery.

By Mujtaba Ali Shah KARACHI -- The Federal Investigation Agency (FIA) has registered a criminal case of fraud of over ...