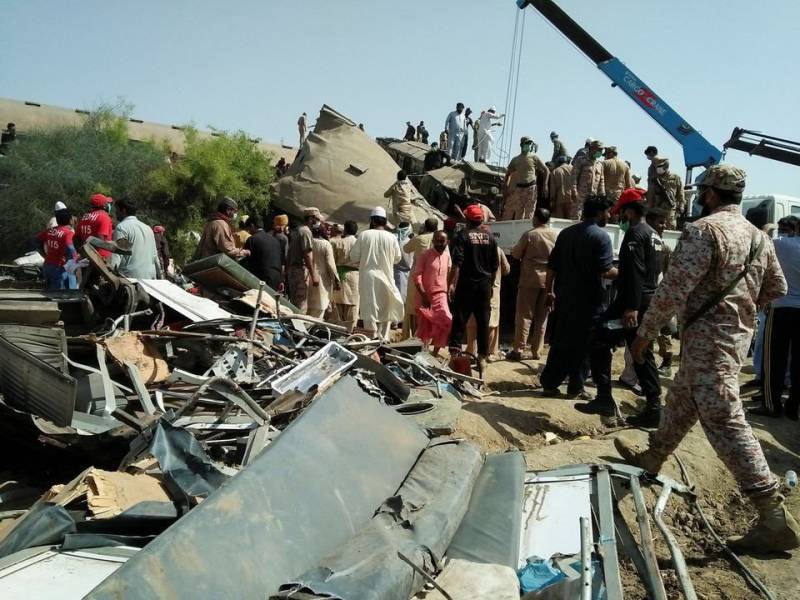 SUKKUR – The death toll from the collision between Millat Express and Sir Syed Express near Ghotki has risen to 62, while scores have been seriously injured, local news channels reported Tuesday.

Reports quoted commissioner Sukkur suggest that the death toll in the horrific accident has surged to 62 while rescue operation is still underway at the site.

According to Pakistan’s military media wing, Army troops and Pakistan Rangers Sindh assisted the civil administration in the operation. Relief and rescue efforts are underway at the accident site.

Earlier on Monday, Federal Railways Minister Azam Swati revealed that the railway track of Sukkur Division is extremely dangerous and the derailment was apparently caused by a mechanical fault.

ISLAMABAD – India’s High Commission has sent condolences to the victims of the Ghotki train accident, which ...