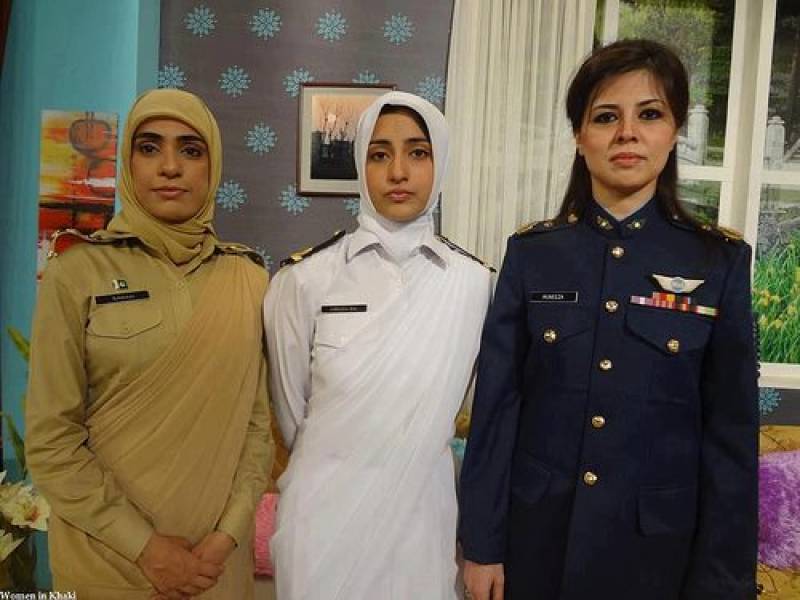 LAHORE - International Women's Day is being celebrated today (March 8) across the globe to raise awareness about women empowerment and gender equality.

The theme of the day for this year is "Time is Now: Rural and urban activists transforming women's lives".

Unprecedented global movements for the rights of the women and justice are being observed around the world amid startling revelations of sexual harassment.

Worldwide gatherings, conferences, exhibitions, and festivals will be held today to mark the day.

The government of Pakistan paid tribute to the extraordinary efforts of women for the development of the country.

Govt of Pakistan wishes International Women’s Day.
The best time to honor the extraordinary efforts of women who have been struggling hard since ever. This day signifies the victory of light over darkness, knowledge over ignorance, and hope over despair.#InternationalWomensDay pic.twitter.com/PYsUiMcHpL

On #InternationalWomensDay we are proud #Pakistan has produced the bravest women. #PPPEmpowersWomen but we know there’s a long way to go before women enjoy true equality. #KarawaneBenazir rallies across Pakistan today. Highlighting what has been achieved & what still needs doing. pic.twitter.com/d6V2O4Uugr

Today we celebrate the services, and contributions of our women that they are making for the development of Pakistan. Their struggles & stories are a source of inspiration. They are the linchpin of progress the country has made over the last seven decades. #InternationalWomensDay

Nodoubt #Pakistani women have made an invaluable contribution to the development & progress of the country #Womensday#wedo stand strong in striving hard, struggling and achieving big for ourselves and for Pakistan.#Wedo

With women leading from the front! #PPP #AllAboutEmpoweringWomen #InternationalWomensDay https://t.co/4HIp4mCv0B

Saluting women everywhere and praying for those suffering repression, the trials and tribulations of war, disease and misogyny. We are resilient mothers, daughters, wives & so much more.

The tech giant Google is also celebrating the Day in its own way through Google Doodles. The search engine has paid tribute to 12 different artists from across the world.

Through interactive Doodles, the Google shared stories of the women belong to 12 different countries, including Pakistan.

Foreign Secretary Tehmina Janjua while addressing the ceremony said that government of Pakistan remained committed to the empowerment of women, particularly through active participation in the political and economic spheres.

Janjua, who was the Guest of Honour on a special event, highlighted the growing contribution of Pakistani women towards national progress and development.

Ms.Tehmina Janjua, Foreign Secretary was the Guest of Honour on a special event organized @PakEmbassyDC to mark International Women Day. In her remarks,Ms.Janjua highlighted the growing contribution of Pakistani women towards national progress & development. pic.twitter.com/2NK0zeI9oI

Ambassador Aizaz Ahmad Chaudhry while addressing the event lauded the rise of woman to important positions in Pakistan and the improved awareness in the country vis-a-vis rights of women.

On the occasion, the prominent Pakistani American women gave brief accounts of their achievements and encouraged women of Pakistani descent to work hard and excel in their respective disciplines to build stronger ties between Pakistan and the US.