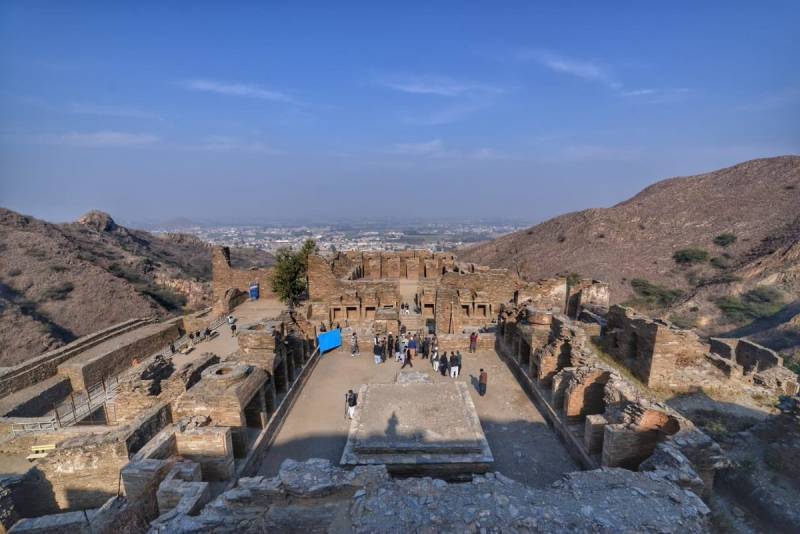 ISLAMABAD – The Khyber Pakhtunkhwa government's efforts to boost religious tourism have started yielding results as top Buddhist monks from Thailand and South Korea are due to visit their sacred places located in different parts of the province.

The first group from Thailand, he said, was likely to arrive by end of the current month, while the Pakistani Embassy in Seoul had finalized arrangements for the second delegation of 80 Buddhist monks, led by Ven. Wonhaeng, president of the largest Korean Buddhist order.

He said the department of archaeology along with the Ministry of Tourism, Culture and Sport would facilitate the delegations to visit some 20 sites, which were home to thousands of Buddhist relics.

Dr Samad said in a bid to boost religious tourism in Pakistan, the provincial government had officially launched a programme last month under which the trips of foreign delegations belonging to Buddhism and Sikhism were being arranged.

The Khyber Pakhtunkhwa government, he said, was spending Rs 1 billion to develop the archaeological sites which would eventually help promote religious tourism and generate revenue for the province.

Dr Samad said the province was receiving a huge influx of pilgrims as Gandhara Civilization was the major source of attraction for the tourists and the followers of Buddhism.

Monks from Japan, Korea and Thailand had also started visiting their sacred places in Khyber Pakhtunkhwa sine the launching of the programme to promote the religious tourism, he added.

Last month, he said, a group of Buddhist pilgrims and researchers had visited various Buddhist sites, including Butkara-I, Saidu Sharif Stupa, Jahanabad Buddha in Manglawar, Swat Museum and other places in Barikot tehsil.