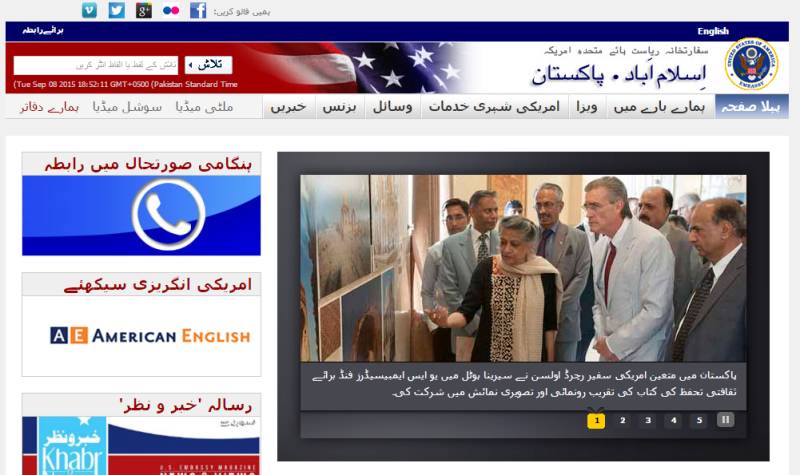 ISLAMABAD (Staff Report) - The United States embassy in Islamabad has published its website in Urdu language following an order by Supreme Court of Pakistan that asked federal government to take steps towards implementation of Urdu as official language of the country.

According to a statement the US diplomatic mission has published Urdu websites for US consulates in Lahore, Karachi and Peshawar as well.

The published Urdu websites is a mirror image of embassy's website in English language.

Furthermore the diplomatic mission has also uploaded Urdu translations of all press releases so far issued to media.

The order would be effective immediately while federal government is subjected to submit a report in this regard after three months, according to verdict.

Previoulsy the apex court ordered federal government to translate all of the key documents into Urdu. The court further asked President and Prime Minister to make their speeches in Urdu language.

More Related: HEC asks universities to use Urdu as official language by September 15

In the light of Supreme Court’s order the Prime Minister’s office has ordered all departments to ensure implementation with in three months.

Meanwhile a circular by Higher Education Commission (HEC) has asked all public and private sector universities to use Urdu as official language in all sorts of correspondence by by September 15.