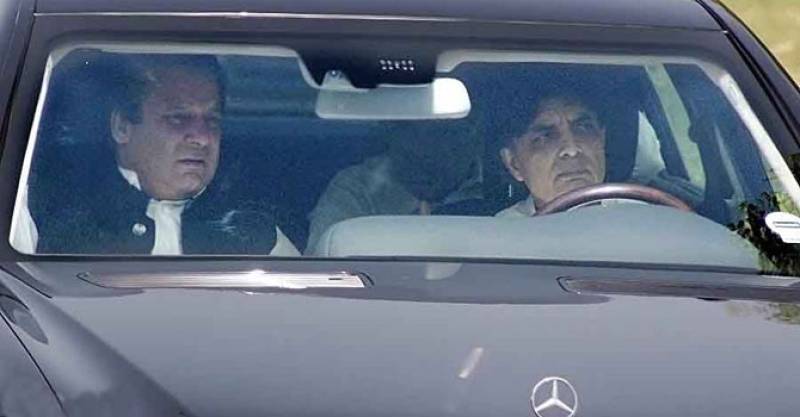 ISLAMABAD - As soon as the convoy of former prime minister Nawaz Sharif took off from the capital, a guessing game started as to what role the former interior minister Chaudhry Nisar Ali Khan would play.

However, Nisar, who expressed his concerns regarding the 'unfair' treatment inside the party could not be seen at the Punjab House from where the rally started.

Now when the rally of Nawaz Sharif arrived at Shakar Parian spot, sources close to Nisar Ali Khan disclosed that he was in his constituency NA-52 Rawat where he would welcome the former prime minister.

It was also rumored that Nisar Ali Khan would see the former premier at Chakri, some 70 kilometers from the capital, however, it is highly likely that Nisar is at Rawat and would join the rally here.

Meanwhile the convey led by Nawaz Sharif is heading towards Rawalpindi.