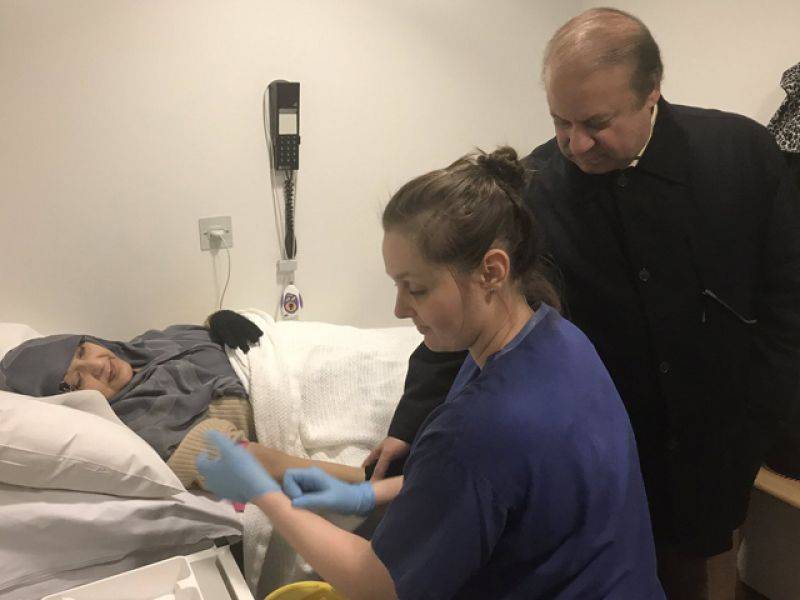 Brought Ami to the hospital for her PET CT & Gallium scan after her 3rd chemo to assess the response to the treatment. Allah-u-Shafi. pic.twitter.com/z8u8N3d1oe

Sharing a picture of her parents, Maryam Nawaz tweeted that  Kulsoom was taken to the hospital for PET CT (Positron emission tomography, computed tomography) & Gallium scan to analyze the effectiveness of treatment.

Kulsoom Nawaz, who overpowered her rival Yasmeen Rashid in NA-120 bye-elections in mid-September was diagnosed with Cancer following which her electoral campaign was spearheaded by Maryam.

The former first lady was diagnosed with lymphoma — a cancer of the lymph nodes following which she was shifted to London where she had three surgeries as part of cancer treatment.

Former Premier Nawaz Sharif is currently in London along with Maryam and his sons Hassan and Hussain after the accountability court in Islamabad exempted him for a short duration from personal appearance in the hearings pertaining to references filed against him by the National Accountability Bureau.

The former premier sought a rescheduling of his exemption from appearance following which the Judge Muhammad Bashir granted him exemption from December 5 till 12th.